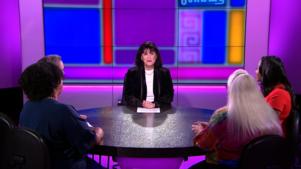 This week on To The Contrary with Bonnie Erbe, our panelists discuss the link between mass shootings and misogyny, and a new sexual assault settlement.

The link between almost all mass shooters is a hatred of women, experts say.

The prestigious university pays out 14 million dollars to students who say teachers created a culture of assault.