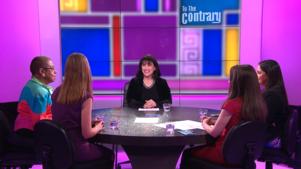 This week on To The Contrary with Bonnie Erbe, our panelists discuss Pelosi’s viral photo and Trump’s impeachment inquiry, the 2nd anniversary of the #MeToo movement is now calling for action with #MeTooVoter and female and trangender athletes: testosterone levels are up for debate.

Donald Trump takes aim at Nancy Pelosi, and the Speaker of the House fires back

On the anniversary of the #MeToo movement, organizers are taking on the ballot box with #MeTooVoter.

The effects of testosterone in women's athletics