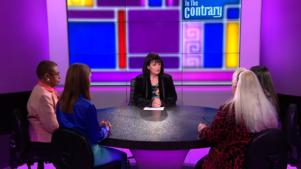 This week on To The Contrary with Bonnie Erbe, our panelists discuss fetal homicide laws, cohabitation and marriage and pioneering Veteran, Linda Bray.

A California woman is charged with murder after delivering a stillborn

Living together is more common and more accepted than ever, a new study finds