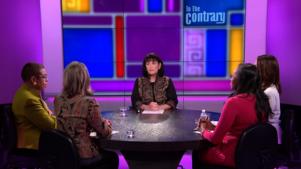 This week on To The Contrary with Bonnie Erbe, our panelists discuss the difference in opinion between men and women on Trump’s impeachment inquiry, Jane Fonda’s fight for environmental justice and the #MeToo movement’s impact within corporations.

Women support the impeachment of Trump more than men do.