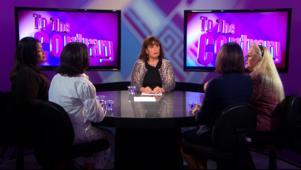 This week on To The Contrary with Bonnie Erbe, our panelists discuss Trump’s quiet rollback of family planning services, gender reassignment surgery and the First Amendment.

Is this the end of Planned Parenthood?

Should health insurance cover it?

Is the nation in a First Amendment crisis? Interview with Mary Beth Tinker, free speech advocate.