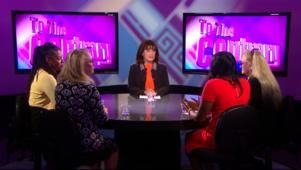 This week on To The Contrary with Bonnie Erbe, our panelists discuss the women senators up for reelection (and we talk with three of them), Trump’s education budget cuts, and forced marriage in America.

Women Senators Up for Reelection

Cuts to after school programs and more money for school choice and religious schools.

A problem usually thought of only happening in far off lands actually occurs in the US as well.