Becoming a Progressive Leader: A Conversation with Neera Tanden 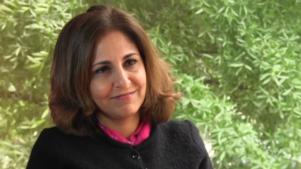 The first in our series of interviews with female thought leaders across the country and political spectrum! We interviewed Neera Tanden, who tells us why she became a progressive leader and what the future holds for progressive politics in the United States. Click read more from some highlights from our interview!

On her personal story:

"My father came over first, my parents had an arranged marriage. My mother never had worked when she came over. But then my parents got divorced, and my father left when I was five. My earliest memories were of them not getting along too well. My mother faced a stark choice, which is to either stay in the US with two children, and go on welfare, and struggle, or go back to India. There's stigma today with divorce in India, and there was incredibly stigma in 1975 when they got divorced. She stayed here and went on welfare. Incredibly fortutiously, we we able to stay in Bedford, Massachussets because the state passed a law to help low-income and middle class families into suburbs. I have vivid memories of being in the school lunch line and being the only person using coupons to get a 10 cent lunch. "

On how it defined her:

"As I grew up I realized that there was a bunch of people who made decisions that allowed me to be where I am today. I went to good public schools, my mom got a job, she bought her own house, got into the middle class. My mother kept reminding us that it's because people decided to invest in me. Public policy is people choosing to help - or hurt - people they'll never know. Make their lives better - or worse."

"The assault of the ACA has actually brought into focus the people who have been helped by it. The fact that Republicans have tried to undermine it and 23 million people will lose coverage, has reminded people that the bill has done great work. Ironically, it's more popular that it's ever been. The ACA is stable... now, does that mean there's no problem with it? Absolutely not."

"If you're a working class person who has faced stagnant wages, we need bolder answers. The truth is that our economy hasn't worked for some groups of people. We need to be honest about that. We have to have some bigger ideas, that's what I'm focused on, that's what the Center for American Progress will be working on over the next few years."