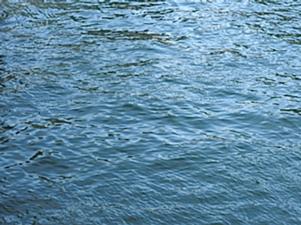 Historically, cities have been built on rivers: rivers meant trade. But as river boats were replaced by trains, trucks and airplanes, the rivers died… except as a place for pleasure boats. Soon enough, the cities died too.

The Ohio River died before I grew up and left it. Most of the other rivers I’ve known are gone, too, first poisoned, then cleaned up, and now in the possession of people who can afford speedboats and sailboats.

Not so the Seine as it flows through Paris. Through a combination of public and private enterprise, the river is still home to big tugboats and barges loaded with sand and other commodities. And there are no pleasure boats. Some inhabitants live in converted tugboats parked along the banks, but the big tows making their way around curves and under bridges would make pleasure boating impractical.

The working Seine contributes to the vibrancy of the neighborhoods along its banks, especially on both sides of the Île Saint-Louis where I stayed last week. Second-floor windows in the old apartment buildings, many surviving from the eighteenth century, are open to reveal interiors, or wreathed with flowers. One arrangement is in the shape of a heart.

Street art seems sophisticated, and there are no political or commercial messages, at least in this neighborhood. And Paris earns its reputation for romance, celebrated in street art but also in every couple embracing in the street or along the river banks. For some reason, it’s all right to show affection openly, although it’s mainly confined to the young. The profiles of an older couple reassure that there are exceptions.

The river is home to other than human creatures, too. Big white swans float or perch on shore. Dogs—there are not many of them—dive into the river under their owners’ watchful eyes.

The produce in the two butcher shops in my small neighborhood shows exactly what meat you will be buying—in this case, naked chickens.

Even the tourists seem to take a practical attitude toward the disruptions that are now very nearly familiar. An assault near Notre-Dame was handled by the police but they are not in evidence all over the city, and the throng outside the cathedral quickly gathered again.

Life is to be lived, and it is also to be walked. The local inhabitants march purposefully along, on their way to work with no dawdling. Only tourists like me block the sidewalks by pausing to stare at a shop window or an alleyway. The French push on by, not rudely, but firmly. They are used to us.

River cities seem to keep a hold on their pasts. A crumpled wreath commemorates the men who died during World War II. Plaques on many of the old buildings mark the birth, living or death place of some long-forgotten writer, statesman or philosopher.

Did I just write statesman?