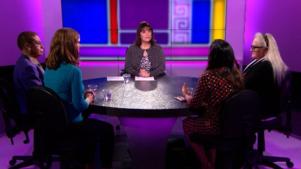 This week on To The Contrary with Bonnie Erbe, our panelists discuss the incoming members of Congress including a historical number of women in the Freshman class and will Sen. Bernie Sanders run for President?

The incoming class has been sworn in and Nancy Pelosi is House Speaker? How will the new face of Congress make change?

Will Bernie Sanders run for President after facing allegations of sexual misconduct among staffers during his previous presidential campaign bid?