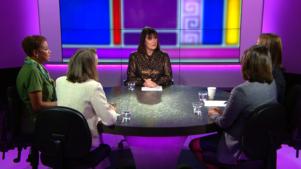 This week on To The Contrary with Bonnie Erbe, our panelists discuss the controversy surrounding this year’s Women’s March and the effects of ageism on millions of Americans’ retirement plans.

Organizers vow to march on with this year's edition amid controversy.

Millions of Americans forced into retirement because of this insidious bias.