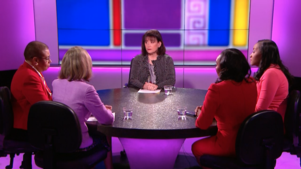 This week on To The Contrary with Bonnie Erbe, our panelists discuss the Catholic Church’s summit to stop sexual abuse, the black suffragists’ story, and in honor of Black History Month, interviews with two prominent African-American congresswomen.

How white suffragists frequently turned their back on their black sisters

We speak with Reps. Karen Bass and Barbara Lee about African-American role models