Millennial Voices: Being An Ally 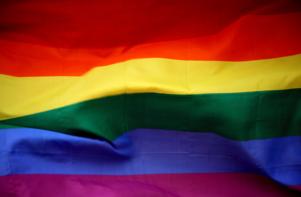 Allies, a term used to describe people who support those who occupy marginalized spaces. Here’s my experience.

As a bisexual woman who’s still fairly new to Washington D.C., I am particularly interested in finding more queer spaces around the city. Suggestions would be greatly appreciated, by the way.

My friend and I went to a local bar in D.C., which was my first personal experience with being in a predominantly queer space in the city.

When I went back with one of my friends, not much had changed. There was a larger population of straight people. I understand why straight women would want to go to gay bars. You can just have a fun night with your friends. However, their presence tends to push out the bar’s intended customers. I didn’t let that dampen my mood and anyway, that’s another story for another blog post.

My friend and I ended up spending most of the night on the bar’s balcony. We started a conversation with a guy named Greg. The three of us spoke about where we were from, what brought us to D.C., how expensive rent can be in the city... you know, normal stuff.

But our conversation was cut short by a very drunk young man. I don’t remember his name, so let’s call him Brad. Brad stumbled over to us, cupped my face, and told me how gorgeous my makeup was. He then proceeded to tell all of us how much he loved black people and how horrible the world treated us. I think it’s important to mention that the three of us are black. Kristen is a Jamaican American, Greg is Dominican, and I am black American, all of African descent.

He slurred his words a bit, and I wasn’t in the mood for a drunken debate. But I live for drama, so I stayed and watched the mess ensue, interjecting when I felt the need. Kristen left the conversation, leaving me and Greg with Brad.

We passed each other glances as we attempted to tell Brad how he could actually be an ally to black people. Greg pointed out that because of our different ethnicities and genders, that it’s not right to lump us together. He talked about his experiences as an Afro-Latino and how he is often treated poorly because of his complexion and sexuality. I mentioned reading black women authors and listening to black women talk about their personal experiences. We both tried to help Brad understand that because he is a white Latino, there are privileges that he has over darker-skinned Latinx people. To which he cut us off to reiterate how much he understood what black women have to deal with and that he thinks our treatment is unfair.

After a while, he left. Greg and I laughed about what just happened. We talked about how performative the situation was and got on the topic of allies and how some people just like being considered allies. This is where the problem comes in.

I understand that Brad was drunk, I’ll attribute that to why he didn’t respect my personal space. But his words were not the issue as much as his intent. I want to believe that Brad’s intention was to let us know that he is an ally to the black community. But his words were simply just that, words.

You don’t have to constantly tell people from marginalized groups that you are aware of their oppression and how much said oppression sucks. I promise you, we already know. We do not need an oral history of every time you’ve called out racism or any other form of hate. I don’t know what I’m supposed to do with that information. Telling people of marginalized groups what you do for them doesn’t make them want to be your friends.

Those who stick up for people of color shouldn’t expect to be rewarded for it. Your goal should not be being celebrated for believing that everyone deserves rights; that’s not a revolutionary concept.

Telling me you acknowledge oppression shouldn’t make you think you’re somehow helping me or making me feel like you’re a good person. That’s not at all what you’re doing. Allies don’t make me show them how to fight racism. All I’m trying to do is have a good time and meet new people. Simply put, I don’t need it.

Your alliance is something that needs to constantly evolve. Helping those in marginalized groups can be done in several different ways. You can volunteer at a local community center, donate to charities, join and support activist groups, and speak up for black people when you see them being harassed. The list goes on.

Being an ally is not something to put on your resume; the sole purpose of helping others should not be to make you feel like you’re a good person. It’s not about you.