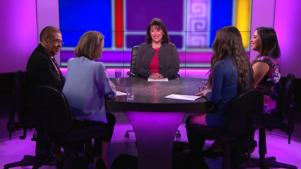 This week on To The Contrary with Bonnie Erbe, our panelists discuss the progress of the #MeToo Movement, the Warner Bros. Scandal, and the Suffragists final battle for the right to vote in Tennessee.


Click read more to see what they had to say!

Warner Brothers CEO steps down after allegations of sexual impropriety. What's next for the #MeToo Movement and Hollywood?

How Women Won the Vote

Tennessee was the key for the suffragist movement to secure the right to vote for women. Journalist and author Elaine Weiss discusses this battle in her book, The Woman’s Hour.