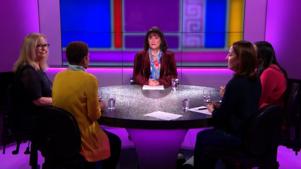 This week on To The Contrary with Bonnie Erbe, our panelists discuss digital privacy, Joe Biden’s poll numbers, and a new report that takes issue with what it terms “marriage fundamentalism.”

The former VP emerges from controversy with his polling numbers unscathed.

Is society unfairly biased towards traditional concepts of family?