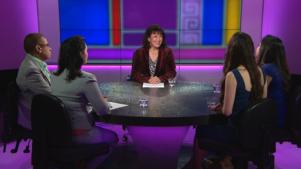 This week on To The Contrary with Bonnie Erbe, our panelists discuss the accusations against Alan Dershowitz, the controversy surrounding the Southern Poverty Law Center, and HIV in Africa.

Lawyer Alan Dershowitz is being sued for defamation

How the Global Gag Rule affects efforts to combat the disease.