Americans are living longer than ever before, and soon older adults will outnumber the young. Today, family caregivers are providing 90 percent of parent care, in addition to balancing work and family, a job most cannot afford to do.

Who will take care of those who can no longer care for themselves? How will the nation adapt to ensure that adequate care can be provided for both the caregivers and for those being cared for?

CARING FOR MOM & DAD seeks to answer these questions as it explores the emotional, health and financial challenges that many caregivers face every day, and offers solutions and tips to help others embarking on this new future.

For a full list of team credits, see Credits. 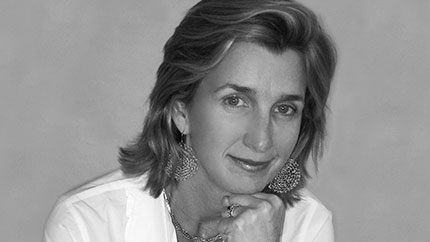 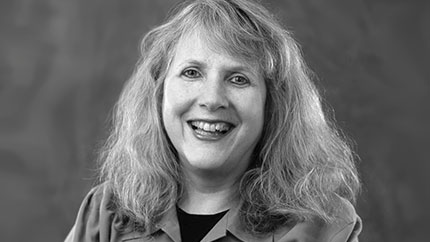 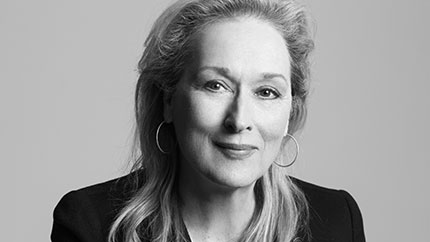 Larkin McPhee is a Peabody and Emmy award-winning director, producer and writer of documentary films, including CARING FOR MOM & DAD. Her films have covered topics ranging from personal finance to nuclear power to the illness of depression. McPhee's documentaries impart a deep knowledge of the subject matter and provide viewers with a blueprint for positive change, using meticulous research, outstanding characters and powerful story-telling.

“It is as if everyone's heart is beating to the same rhythm of concern, worry or exhaustion about how we are managing this difficult passage of life.”

Of all the topics I have covered in filmmaking, none have registered as strong of a response from friends and acquaintances as the subject of CARING FOR MOM & DAD. It is as if everyone's heart is beating to the same rhythm of concern, worry or exhaustion about how we are managing this difficult passage of life for those we love so dearly and who gave us life. My father is 90, my mother 86. They are divorced, and their children live far away. My father remarried, my mother lives alone. She refuses help.

Naturally my mother is a greater source of worry for her children, but realistically, all bets are off when your parents reach the twlight years of life. Fragility defines them and a steady undercurrent of anxiety defines most of us. It is hard to tread on my mother's yearning to be left alone with her garden and independence. She understands that some help now could ensure a safer existence and perhaps a longer life. But she resists our entreaties, and we live in fear of her falling or some other untoward event, that could thrust her and all of us into crisis mode.

Most Americans, like my mother, want to live and die in their own homes. The impulse is so strong that one elderly man clung to a volcanic mountaintop, as Atul Gawande describes in his latest book “Being Mortal,” —refusing to leave his home, even though a cauldron of seething lava was about to engulf him. In CARING FOR MOM & DAD, we turn our camera lens on caregivers and their parents, who mostly share this same impulse. We examine ways in which caregivers of all socioeconomic backgrounds can be better supported in their profoundly important role of caring for Mom and Dad. In America, family caregivers provide ninety percent of the assistance for free, often while they struggle to balance work and raising a family. More than half carry out medical tasks traditionally reserved for a nurse. Their burden is heavy.

The film includes innovative ideas, enlightened employers, and community-based solutions that offer real hope for family caregivers on the front lines. It also showcases the binding nature of family love. Seen through an economic prism, the ideas and solutions in the film suggest powerful policy considerations. As a result of working on this timely topic, I am certainly better informed about options for my parents, and I continue to keep tabs on my mother. One day she might even acquiesce to our offer to come live with us—in our home.

Emmy and Peabody Award-winning Executive Producer Laurie Donnelly has been guiding content for some of public television's most beloved lifestyle programs for over 29 years. As the Director of lifestyle programming along with her involvement as Executive Producer for WGBH's Studio 6, Laurie oversees an array of projects, from Emmy award winning series THE VICTORY GARDEN and THE MIND OF A CHEF, to the recent BROADWAY OR BUST. Laurie's impressive resume also includes her work with the Emmy-nominated Moveable Feast with Fine Cooking Magazine and award-winning series Gourmet's ADVENTURES WITH RUTH, SIMPLY MING, LIDIA CELEBRATES AMERICA, and ROUGH CUT: WOODWORKING WITH TOMMY MAC.

Studio Six is the lifestyles and specials department of WGBH, charged with conceiving, producing and presenting a number of ongoing series and special programs for outlets such as PBS, APT and pbs.org. The department also researches and develops new series for public television, cable and digital media outlets. Under the leadership of Denise DiIanni, Senior Executive in Charge, recent Studio Six productions include AMERICA AFTER FERGUSON, MOVEABLE FEAST, and SACRED JOURNEYS WITH BRUCE FEILER.

For over 40 years, Meryl Streep has portrayed an astonishing array of characters in a career that has cut its own unique path from the theater through film and television.

In 2014, in a record that is unsurpassed, she earned her nineteenth Academy Award nomination for her role as The Witch in INTO THE WOODS. Her performance also earned her a Golden Globe and Screen Actors Guild nomination. Streep will next be seen in SUFFRAGETTE alongside Carrie Mulligan and Helena Bonham Carter as well as Diablo Cody’s RICKI AND THE FLASH. She will next begin production on Stephen Frears' FLORENCE FOSTER JENKINS.

Ms. Streep has pursued her interest in the environment through her work with Mothers and Others, a consumer advocacy group that she co-founded in 1989. M&O worked for ten years to promote sustainable agriculture, establish new pesticide regulations, and the availability of organic and sustainably grown local foods.

Ms. Streep also lends her efforts to Women for Women International, Women in the World Foundation and Partners in Health. She is a member of the Vassar College Board of Trustees and the American Academy of Arts and Letters. She has been accorded a Commandeur de L'Ordre des Arts et des Lettres by the French Government, a Lifetime Achievement Award by the American Film Institute, a 2008 honor by the Film Society of Lincoln Center, and the 2010 National Medal of Arts by President Obama. In 2011 she received a Kennedy Center Honor and in 2014 President Obama awarded her with the Presidential Medal of Freedom.

Her husband, sculptor Don Gummer, and she are the parents of a son and three daughters. 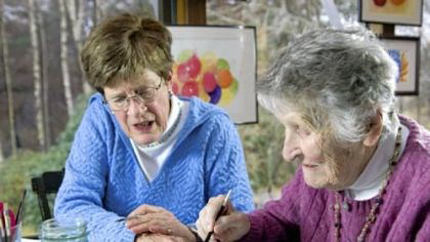 Caring for Your Parents

Filmmaker Michael Kirk highlights the challenges adult children face as they transition into the primary caregiver role for their aging parents. 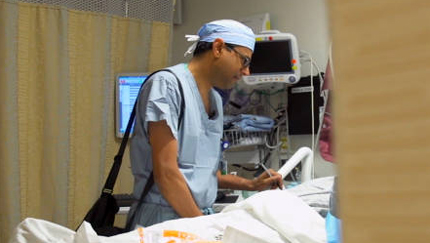 FRONTLINE follows renowned writer and surgeon Atul Gawande as he explores the intersection of life, death, medicine, and what matters in the end. 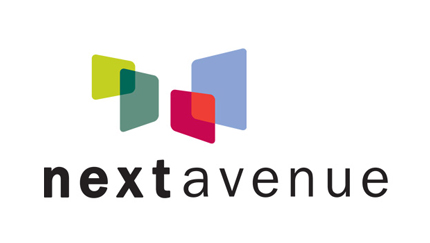 Resources, news, and more for America's booming 50+ population as they plan for a new life stage.