As this year’s guest artist, Foster joins the iconic Mormon Tabernacle Choir, the Orchestra at Temple Square and the Bells on Temple Square hand-bell choir in cherished Christmas carols such as “Christmas Time is Here” from “A Charlie Brown Christmas,” “Joy to the World,” “It’s the Most Wonderful Time of the Year” and “Silent Night.”

“There’s something that happens when you stand on the stage and you’re sharing this experience not only with the Choir, with the Orchestra, but with 21,000 people. It becomes about everyone, no matter what you believe, coming together celebrating this season, and we are celebrating each other, and we are celebrating love and joy and warmth, and it’s just a roomful of goodwill. And so you forget that there’s 21,000 people, and it all becomes very simple. And so suddenly the room becomes very intimate, which is hard to explain.” –Sutton Foster

The Gabriel Herald Trumpeters, an 8-person ensemble led by a former member of the Choir, join for the first time and add a new splendor to the program. The Choir’s principal organist, Richard Elliott, who conceptualizes a distinct and imaginative organ arrangement that has become a fan favorite each year, offers a creative rendition of “I Saw Three Ships” on the colossal 7,708-piece instrument with a percussion ensemble from the Orchestra at Temple Square. And with an emotional take on John Denver’s “Sunshine on My Shoulders,” a favorite of Foster’s, the repertoire goes beyond Christmas music and pays tribute to her late mother through her favorite song.

Bonneville punctuates the program with a spellbinding account of the tragic true story of Horatio Spafford, a prominent, 19th-century Chicago-based lawyer who, after a series of personal tragedies, penned the popular hymn, “It Is Well with My Soul.” A reading of the Christmas story from Luke 2 rounds out the program.

“It’s quite an experience to come into this vast arena, which at the same time feels like a home, and that’s what I think the expression of this concert is all about. It’s about creating an atmosphere that’s both huge in scale, but also intimate in content and its emotional content. And that said, it’s a very special experience.” –Hugh Bonneville

“Christmas with the Mormon Tabernacle Choir” was recorded over three nights in December 2017 in front of a live combined audience of over 63,000 people in Salt Lake City’s Conference Center, located on Temple Square. 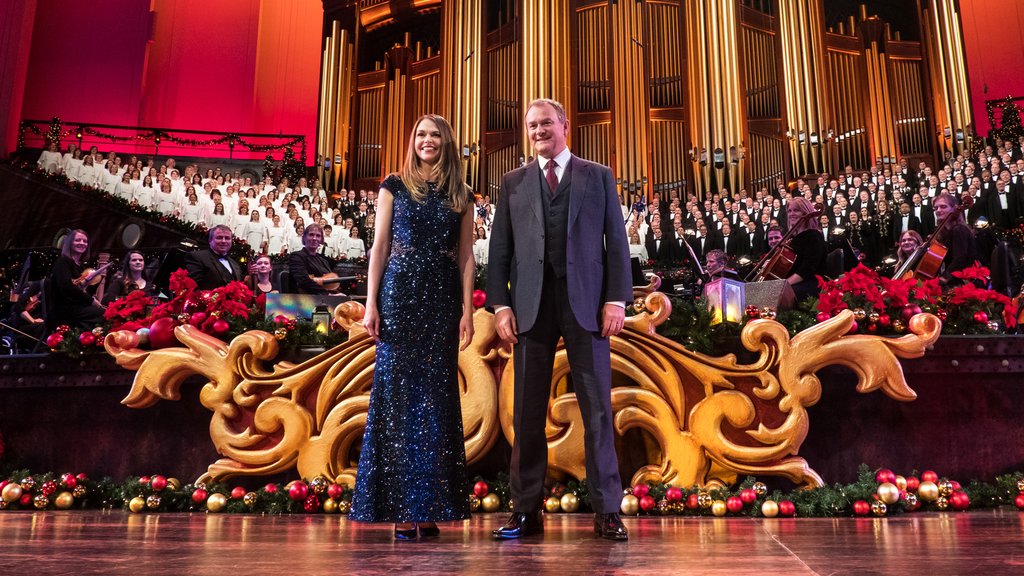 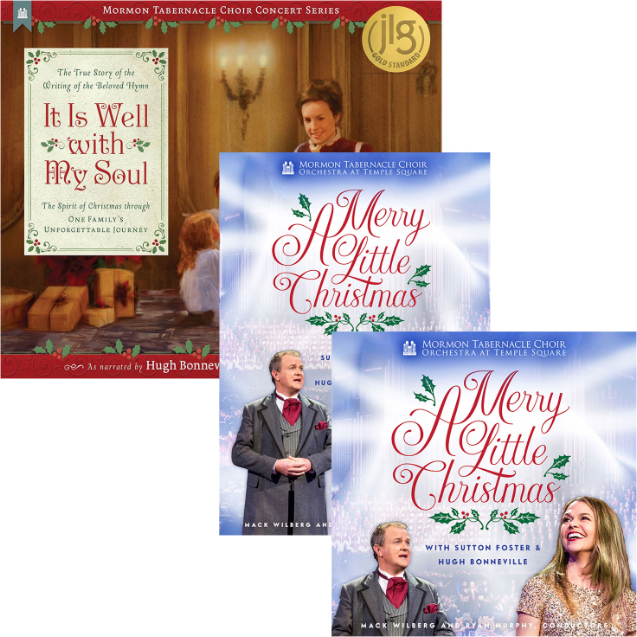