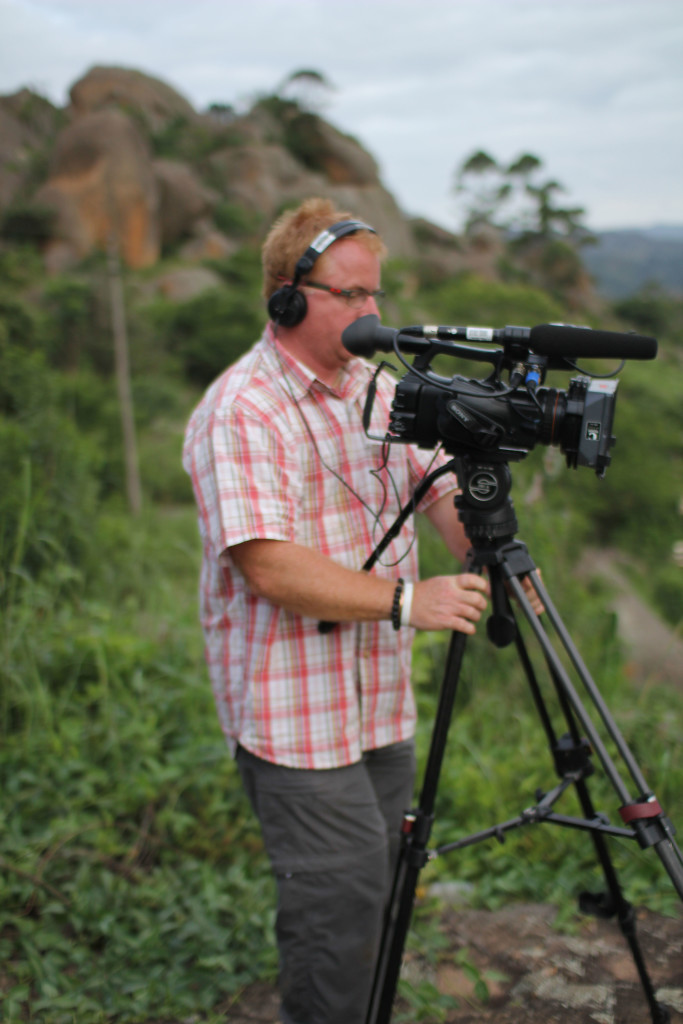 When he crossed into Swaziland to make a film about the rise of drug-resistant tuberculosis, Jezza Neumann wasn’t sure what to expect.

He knew that the country had the world’s highest TB incidence rate, and that the government had declared the disease a national emergency.

But Neumann — who has made documentaries about child poverty (FRONTLINE’s Poor Kids), child trafficking (China’s Stolen Children) and life in occupied Tibet (Undercover in Tibet) — didn’t fully understand the human toll of TB in Swaziland until he saw it up close.

Neumann’s TB Silent Killer, a 90-minute FRONTLINE special premiering Tuesday, March 25 (check local listings), is an unforgettable portrait of lives and families forever changed by what was once thought to be a disease of the past.

In the runup to the film’s premiere, the BAFTA, Robert F. Kennedy, and Rory Peck award-winning filmmaker reflects on what it was like to make TB Silent Killer, the “incredible bravery” of the patients, doctors and nurses who shared their lives with him, and why the rise of drug-resistant TB is a threat to us all.

Why did you decide to explore this particular subject?

Most people think of TB as a disease that’s no longer a problem. But it infects more than 8 million people every year. It’s actually the second-leading cause of death from an infectious disease on the planet. And when it comes to treatment for drug-resistant strains, the regimens are old, long, isolating, and expensive, with serious side effects.

“Most people think of TB as a disease that’s no longer a problem. But it infects more than 8 million people every year.”

It’s an under-told story that was brought to our attention by Médecins Sans Frontières (Doctors Without Borders). When the government in Swaziland declared TB a national emergency, they called MSF in to help. Working with MSF, we were able to get access to the country — including its TB hospitals — and we connected with people battling this disease, and the doctors and nurses who are trying to save their lives.

We were a team of three: me, co-producer Rebecca Stewart, and our translator Sandile Mashaba, a Swaziland native who made the brave decision to work with us to tell this story, despite the stigma he’d face. Because TB is such a problem there, it carries as much stigma as HIV.

How did you find people willing to share their lives with you so intimately?

We began by going down to the local clinics, talking with the staff and talking with patients while they were in the waiting room. They opened themselves up to us with incredible bravery, even though for some of them, they knew the disease was too far along, and sharing their story wouldn’t stop their heartache. They did it because they believed the message needed to get out there.

How did you and your team protect yourselves when you were in Swaziland, interacting so closely with people battling this infectious disease?

But if you’re interviewing someone and they’re in the middle of telling you their most heartfelt emotions, you can’t just go, “Oh, sorry, it’s been 15 minutes. I have to go.” You have to take calculated risks.

“If you’re interviewing someone and they’re in the middle of telling you their most heartfelt emotions, you can’t just go, ‘Oh, sorry — it’s been 15 minutes; I have to go.’ You have to take calculated risks.”

What does the rise of drug-resistant TB mean for us in America?

Well, there have been outbreaks in the U.S. and in Europe. We are a global village, and this is an airborne disease. It will travel; it has traveled.

And it could become a much bigger problem here in the future. In the U.S. and the U.K., there are high levels of poverty, which means low levels of nutrition, which in turn, means lowered immune systems. If you contract TB and you have a weak immune system, it’s much harder to fight.

Having made Poor Kids, I know there are a lot of domestic issues at the forefront of people’s minds in the U.S. They already have too many economic fears to worry about this thing they can’t see in a place far away. But actually, it’s not so far away. And it really is something we should all be thinking about.

How do you hope the American audience will respond to this film when it premieres on March 25?

On one level, I hope they take away the simple message that people you think are very different from you, are actually quite similar. We all want the same thing — to have happy, healthy, fulfilling lives.

I also hope viewers come away understanding that the TB threat isn’t just something that’s miles and miles away.

“I travel to these places to observe lives that may seem, at first glance, to be very different from yours and mine — and to bring those lives back to you in a way that starts conversations.”

But fundamentally, as a filmmaker, I travel to these places to observe lives that may seem, at first glance, to be very different from yours and mine, and to bring those lives back to you in a way that starts conversations. If that’s what we achieve, if we’ve started a dialogue, then we’ve been successful.