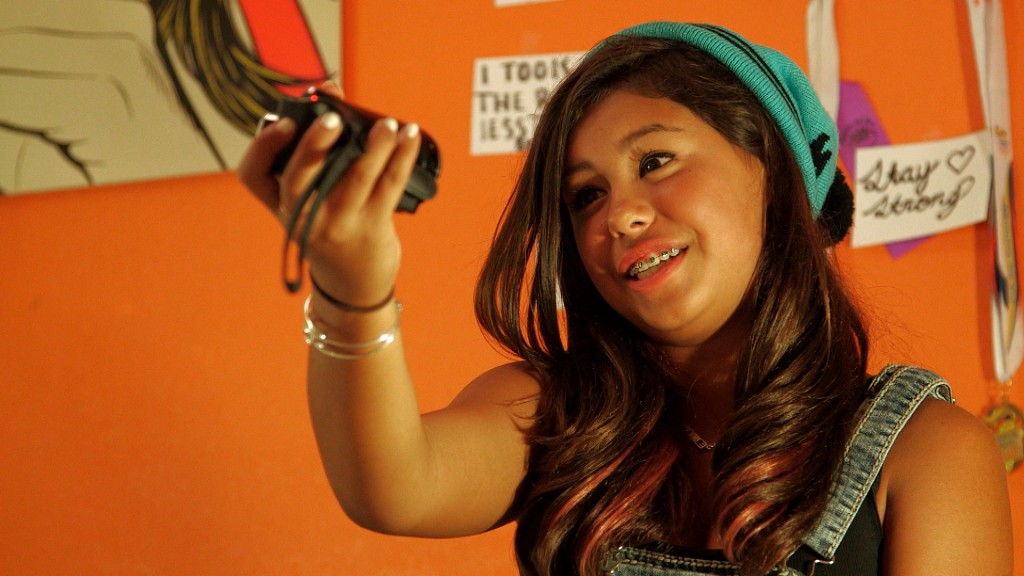 Whether they’re getting retweeted by members of One Direction, or liking the Hunger Games Facebook page for a chance to be included in the movie’s credits, today’s teens are directly interacting with pop culture — celebrities, movies, music, and, increasingly, brands — in ways never before possible.

Tweet pictures of yourself at a Lady Gaga concert, and maybe she’ll call you from the stage — a moment sponsored by the cell phone company Virgin Mobile.

Send Beyonce your selfie, and maybe it’ll be included in the Pepsi-sponsored intro to her Super Bowl halftime show.

Do kids think they’re being used to promote these brands? Do they care? Or in a new teenage reality where being Internet famous seems to be just a click or a post away, does the perceived chance to be the next big star make it all worth it?

In Generation Like, an eye-opening follow-up to FRONTLINE’s 2001 documentary The Merchants of Cool, author Douglas Rushkoff returns to the world of youth culture to explore how the perennial teen quest for identity and connection has migrated to social media — and how big brands are increasingly co-opting young consumers’ digital presences.

“Today’s teens don’t need to be chased down by corporations,” Rushkoff says. “They’re putting themselves online for anyone to see. They tell the world what they think is cool—starting with their own online profiles. Likes, follows, retweets, and favorites are the social currency of this generation.”

“Companies know how to take that data, and turn it into money,” one marketer tells FRONTLINE. “The people who are handing over the data — because they’re hitting, ‘I like this’ or ‘I like that,’ or they’re telling all their friends, ‘Will you please come like me? — they have no idea what the value of that is.”

From the agency that’s leveraging the Twitter followers of celebrities like Ian Somerhalder (The Vampire Diaries) to make lucrative product endorsement deals, to the “grassroots” social media campaign behind the Hollywood blockbuster The Hunger Games: Catching Fire, Generation Like explores how companies are increasingly enlisting kids as willing foot soldiers in their marketing machines.

In the social media age, does the division between marketing and authenticity still exist? What’s the hidden alchemy that brands are using to capture Generation Like? And who are the people behind the curtain making it all happen?

Generation Like is a powerful examination of the evolving and complicated relationship between young consumers and the companies that are increasingly working to target them – and their fans, friends, and followers.

FRONTLINE, U.S. television’s longest running investigative documentary series, explores the issues of our times through powerful storytelling. The series has won every major journalism and broadcasting award, including 65 Emmy Awards and 14 Peabody Awards. More than 150 FRONTLINE films can be watched online at pbs.org/frontline.