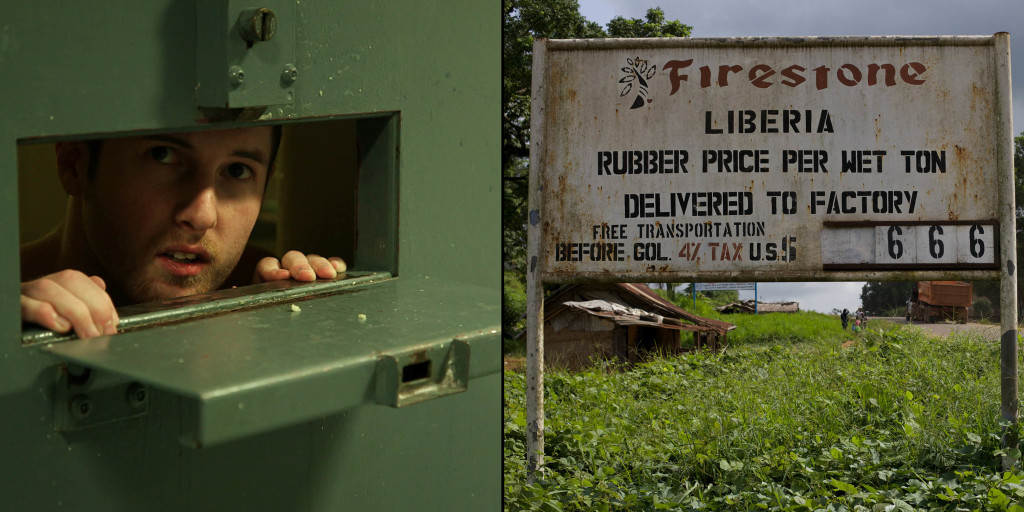 Two FRONTLINE investigations — Solitary Nation, a documentary about the raw reality of life in solitary confinement, and Firestone and the Warlord, a collaboration with ProPublica revealing the iconic tire company’s secret history in Liberia — have won 2015 Robert F. Kennedy Journalism Awards.

Solitary Nation won in the Domestic Television category. Through the vivid stories of inmates and staff, the April 2014 film examines a practice branded as inhumane by critics, but used in U.S. prisons more than most other countries.

It’s a visceral immersion in life in solitary from director and producer Dan Edge, who gained unprecedented access to the solitary-confinement unit inside a maximum-security state prison in Warren, Maine.

Among Solitary Nation’s revelations: the mental health struggles of many prisoners who are placed in isolation, the challenges faced by officials who are trying to reform the practice, and just how loud solitary confinement actually is.

“People think the solitude is what drives prisoners crazy, but it’s actually the noise. It’s so loud and awful, and it never stops,” said Edge, whose most recent FRONTLINE documentary, Outbreak, premiered last week.

Firestone and the Warlord won in the New Media category. The multiplatform investigation in collaboration with ProPublica was led by Marcela Gaviria, T. Christian Miller, Jonathan Jones and Will Cohen.

Told as both a documentary film and an interactive text story, the Firestone and the Warlord investigation spanned seven years and unearthed 44 pounds of previously unreported court documents.

It found that Firestone agreed to pay millions of dollars to the infamous Liberian warlord Charles Taylor in exchange for being able to operate in Liberia — money that, in Taylor’s own words, provided the “financial assistance that we needed for the revolution” — and uncovered how Taylor turned the company’s plantation into a rebel base that he used to wage a bloody civil war.

“I want people to come away from the documentary and the story thinking about individual choices,” veteran FRONTLINE producer Gaviria said. “It’s very easy to say, ‘Well, corporations make these choices, because what matters is the bottom line’— but people work in corporations.”

The Robert F. Kennedy Journalism Awards, given annually by the Robert F. Kennedy Center for Justice and Human Rights, recognize outstanding reporting on human rights and social justice issues. You can read a full listing of the 2015 award recipients here, and you can watch our winning films below.

WATCH: Firestone and the Warlord