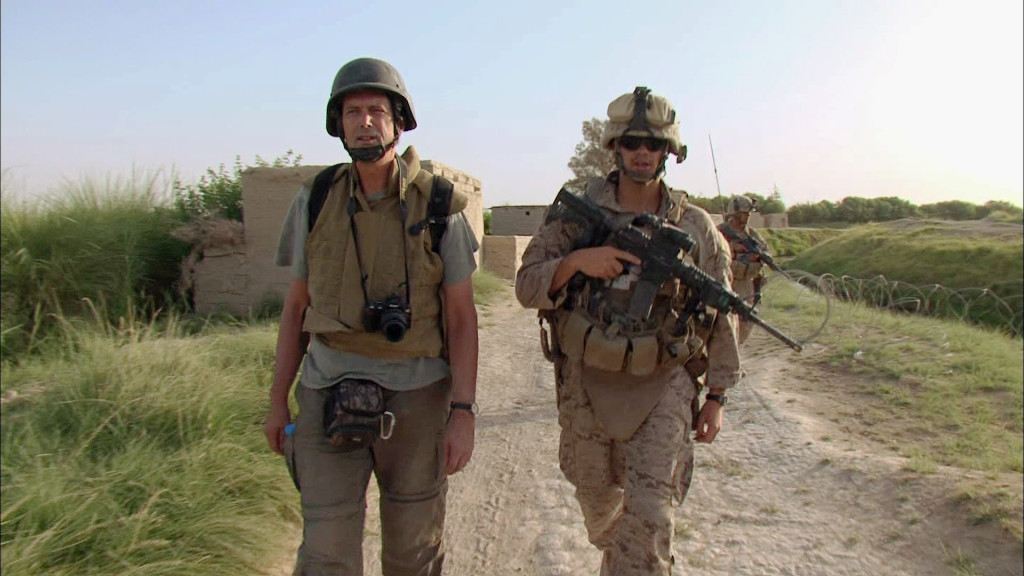 In his 40 years as a producer and reporter, Martin Smith has broken new ground — and taken big risks: from investigating Osama bin Laden and Al Qaeda three years before 9/11, to exploring why no Wall Street executives have been prosecuted for their role in the financial crisis, to telling the on-the-ground stories of the wars in Iraq and Afghanistan.

Today, citing Smith’s “courageous and insightful reporting on some of the most complex stories of our time,” Columbia Journalism School announced the veteran FRONTLINE filmmaker as the 2014 winner of the John Chancellor Award, which is presented each year to a journalist “with courage and integrity for cumulative professional accomplishments.”

“Over the course of his long and distinguished career, Martin Smith has produced a truly unique body of work with independence and credibility,” Steve Coll, dean of the Columbia Journalism School, says in today’s announcement. “Smith’s work represents the best of public interest journalism, and embodies the spirit of the John Chancellor Award.”

Past recipients include NBC News’ Richard Engel, The New Yorker’s Jane Mayer, NPR’s Robert Siegel and FRONTLINE’s Ofra Bikel. The award will be presented on Nov. 12 to Smith, who recently returned from a reporting trip to Iraq for his upcoming FRONTLINE documentary The Rise of ISIS.

“To do the work I do is a privilege and a reward in and of itself,” Smith says. “But I am extremely honored for this recognition and thank the Chancellor Award committee. I am deeply moved. Of course, I have not acted alone. This award is also a tribute to all of the talented people with whom I have had the good fortune to work.”

“Whether presciently reporting on Al Qaeda and Osama bin Laden both before and immediately after 9/11, trying to understand the collapse of a new economy in Dot-Con, or laying out in delicious detail The Madoff Affair, Marty Smith has shown the kind of range and reportorial chops that any of us would envy,” says David Fanning, FRONTLINE founder and executive producer.

Smith, who founded the independent documentary production company Rain Media in 1998, has won numerous Peabody Awards, Polk Awards, duPont Batons, and Emmys. His reporting has a history of holding the powerful accountable — from impacting the direction of U.S. policy towards Pakistan, to influencing the debate over for-profit education on Capitol Hill, to sparking calls for Attorney General Eric Holder to explain whether his department’s failure to prosecute big banks stems from fear of collateral consequences. You can read about Smith’s career and body of work — which is remarkable both for its breadth and depth — here.

Smith’s The Rise of ISIS premieres Oct. 28 on PBS and online (check local listings). In the meantime, we’ve collected six of Smith’s recent and impactful documentaries for you to watch below.