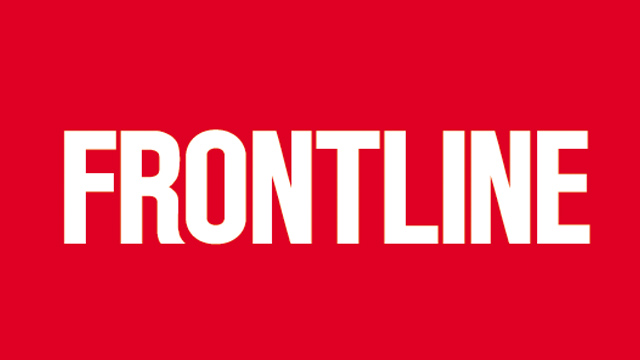 In a media environment where original broadcast journalism is under siege, PBS’ flagship investigative series FRONTLINE – produced by WGBH in Boston – is the recipient of two new major grants to expand its original investigative reporting.

Longtime WGBH supporters Jon and Jo Ann Hagler have made the single largest gift by an individual to FRONTLINE in its 30-year history: $5 million, with the majority going towards a new endowment for continuing journalism. In addition, the Ford Foundation is making a two-year, $800,000 grant towards a new cross-platform Enterprise Journalism Group within FRONTLINE that will deepen the series’ in-house investigative bench.

“These two gifts are a vote of confidence in FRONTLINE’s ambitions for the future,” says Executive Producer David Fanning. ‘’We know that to keep doing significant investigative reporting we have to undertake a major effort to raise additional funds for the time-intensive and costly work of enterprise journalism. The generosity of the Haglers and new support from the Ford Foundation is an expression of optimism about the future of the series and the kind of journalism we practice, and need to keep expanding.”

FRONTLINE, which receives its majority funding from PBS as well as the Corporation for Public Broadcasting, has been the recipient of major foundation support from The John D. and Catherine T. MacArthur Foundation for many years, with an initial series grant of $5 million and an early grant of $1 million to pursue digital opportunities across WGBH. The Park Foundation is also a longstanding series funder, and FRONTLINE recently received funding from the Wyncote Foundation to support journalistic collaborations. Additionally, the series receives support from the FRONTLINE Journalism Fund, which helps fuel in-depth journalistic investigations through donor contributions.

“FRONTLINE has been able to build its journalistic capacity because of the support of MacArthur, Park, and Wyncote,” says FRONTLINE Deputy Executive Producer Raney Aronson-Rath. “Now the Haglers and the Ford Foundation are giving us a remarkable chance to not just expand our original investigative journalism, but to innovate it, to report and tell stories that matter in new, creative ways, and to reach a digitally native audience.”

The majority of the Haglers’ gift, $3.5 million, will go to a new FRONTLINE Endowment to ensure the series’ long-term strength and sustainability, and the remaining $1.5 million will be spread over four years to support the series’ current programming and digital efforts.

“Many traditional news sources either are in decline, or have become so commercial or excessively sensitive to commercial interests that their ability to find and publish factually based investigative journalism is very limited,” says Jon Hagler, a WGBH Overseers Advisory Board member and guiding force on WGBH’s Investment Committee. “The result is that we don’t have a very well-informed citizenry, and Jo Ann and I see that as a fundamental requirement of democracy.”

“FRONTLINE produces first-rate investigative journalism in the broad public interest,” Hagler adds. “FRONTLINE’s investigative collaborations and new digital platforms all are signs to us of a vibrant, robust, creative, and forward-thinking organization.”

The Ford Foundation’s award builds on its 55-year history of support to WGBH totaling nearly $20 million. This two-year grant will enable FRONTLINE to hire the first recruits for a new in-house Enterprise Journalism Group—a proposed team of journalists and producers with digital skills, who will expand and deepen the series’ capacity for investigative reporting across all platforms.

“The need for coverage of complex social issues and robust investigative journalism has never been greater,” said Jonathan Barzilay, Director of Ford Foundation’s Freedom of Expression work. “It is essential that the fair-minded, rigorous storytelling of FRONTLINE includes engagement across both broadcast and digital platforms.”

“This Ford Foundation grant comes at an auspicious moment—we couldn’t be more excited or more ready,” says Raney Aronson-Rath. “Over the next two years, the Enterprise Journalism Group will pursue and report major trans-media projects combining text, video, photography, and graphics on our own and partner websites, as well as on our new FRONTLINE tablet app, set to debut shortly. We are grateful to Ford for helping us take our investigative work to a new level.”

The Haglers’ and Ford Foundation’s gifts will further FRONTLINE’s digital transformation. FRONTLINE’s digital audience—and its output of original, interactive reporting and data visualizations—is expanding at a rapid rate. Collaborations with other news organizations have also driven FRONTLINE’s growth across platforms. With funding from the Wyncote Foundation, FRONTLINE launched a Collaboration Desk in 2013 to formalize such partnerships, which have become integral to the series. Roughly a third of FRONTLINE’s season premieres grow out of this collaborative work.

“We are profoundly grateful to Jon and Jo Ann Hagler and the Ford Foundation for this new support,” says David Fanning. “Together with our other series funders PBS, CPB, MacArthur, Park, Wyncote, and the Journalism Fund, they are helping us imagine FRONTLINE’s future. Our charge in turn is to build on this, find more partners, strengthen the work we do, and keep challenging ourselves to deliver even more of the important investigative reporting that is so essential to our democracy.”