Aaron Hernandez Found To Have Had “Severe” Case of CTE

Former New England Patriots tight end Aaron Hernandez, who committed suicide in April while serving a life sentence for murder, was found to have had chronic traumatic encephalopathy, the brain disease commonly referred to as CTE.

Jose Baez, Hernandez’s lawyer, said during a news conference on Thursday that it was the most severe case researchers had encountered in someone of Hernandez’s age. Hernandez was 27 when he hanged himself in prison in April.

CTE is a rare disease that was discovered in 2002 by Dr. Bennet Omalu in the brain of the late Pittsburgh Steelers Hall of Famer Mike Webster. The disease is believed to derive from repetitive head trauma, and can lead to conditions like dementia, rage and depression. Stage III CTE, which Hernandez was diagnosed with, is linked to symptoms including confusion and memory loss. The scale runs from one to four.

Hernandez is one of the youngest NFL players to have been found with CTE. Other cases of notable football players who committed suicide, only to later be diagnosed with the disease, include Junior Seau, Jovan Belcher and Dave Duerson.

The examination of  Hernandez’s brain was led by Dr. Ann McKee, chief of neuropathology at the VA Boston Healthcare System and director of the CTE Center at Boston University, who spoke with FRONTLINE for the 2013 documentary League of Denial. In her interview, McKee described her first confrontation with CTE, which came while examining the brain of the late boxer Paul Pender.

“It was different than any brain I had ever seen. I mean, I’ve been doing this for 20-odd years, almost 30 years, and this brain was so different,” she said.

In a statement, the BU CTE Center said that McKee also found signs of “early brain atrophy” in Hernandez.

Hernandez’s attorney said that based on McKee’s findings, his client had the same level of brain damage that would typically be found in a player in his 60s.

Baez said his firm filed a federal lawsuit against both the NFL and the New England Patriots, on behalf of Hernandez’s daughter. According to the suit, the Patriots and the NFL were “fully aware of the damage that could be inflicted from repetitive impact injuries and failed to disclose, treat or protect him from the dangers of such damage.”

“We have not seen a copy of the suit and cannot comment at this time,” a NFL spokesperson told FRONTLINE.

The $20 million lawsuit is separate from the $1 billion settlement that the NFL has already agreed to with players and their families for football-related head injuries. Under that settlement, the families of players found to have had CTE can receive up to $4 million. 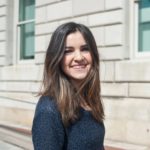