Does Syria Face a Genocidal Future?

The agony of Syria couldn’t have been far from President Obama’s mind one morning last April when he visited the U.S. Holocaust Memorial Museum, a short ride across the National Mall from the White House, to announce a series of new policies aimed at arresting threats of genocide around the world.

“Anti-Alawite rage has been documented in reports of executions and by the Sunni slogan about a cleansed post-war Syria, ‘Christians to Beirut, Alawites to the grave!'”

“We need to be doing everything we can to prevent and respond to these kinds of atrocities, because national sovereignty is never a license to slaughter your own people,” he said to applause. He lamented “a bitter truth – too often, the world has failed to prevent the killing of innocents on a massive scale. And we are haunted by the atrocities that we did not stop and the lives we did not save.”

Tens of thousands of Syrian civilians have died in the last year, and the pace quickens. The United States, United Nations, the Arab League and others have been ineffective in shielding civilians or penalizing their killers. Today, Washington is living with the “bitter truth,” surprisingly silent about the urgency of preventing or responding to mass atrocities.

A report last month by a former special adviser on Syria to the Obama administration underscores the stakes of the failure. Ambassador Frederic C. Hof found Syria hurtling towards “full blown sectarian warfare.” His report, commissioned by the Holocaust Museum, concludes: “Left on its current trajectory, Syria is on the path to state failure and sustained sectarian violence, featuring mass atrocities and cleansing that could amount to genocide in some areas.”

The war in Syria did not begin as a sectarian conflict, Hof writes, but it has rapidly devolved into one. President Assad bears principal responsibility by enlisting soldiers and thugs drawn from his minority Alawite sect to terrorize mostly Sunni towns and cities. In recent months, armed opponents of the regime have embraced a stronger Sunni identity, with growing ranks of Islamist fighters, including some who claim association with Al Qaeda.

Because of Assad’s manipulative promotion of sectarian warfare, Hof found, those most at risk of genocide are not the Sunni civilians currently being tortured, assassinated and bombed, but Assad’s own base, the Alawites, who make up 12 percent of Syria’s 22.5 million people. Anti-Alawite rage has been documented in reports of executions and by the Sunni slogan about a cleansed post-war Syria, “Christians to Beirut, Alawites to the grave!”

The measures Obama announced last April included the creation of an Atrocities Prevention Board, an interagency group that meets monthly. Samantha Power, a forceful human rights advocate who argued for the 2011 U.S. intervention in Libya on humanitarian grounds, chaired the board until she left the administration earlier this year. The president also commissioned the first-ever National Intelligence Estimate on mass atrocities and genocide, an exercise that collects data and analysis from across U.S. intelligence agencies. A year later, it is not known publically if the study was completed.

Reporting about mass atrocities, mounting sectarian conflict and warnings of potential genocide have been nearly continuous over the last year, much of it coming from advocacy groups and non-governmental organizations such as the International Crisis Group, Human Rights Watch and the UN High Commissioner on Human Rights. These studies have complemented courageous reporting from the field by a handful of journalists.

In FRONTLINE’s Syria Behind the Lines, filmmaker Olly Lambert recorded vivid episodes of the terror visited on Sunni civilians by government airstrikes, artillery and snipers. But he also found deep and raw hatreds festering on both sides, as once-neighborly Alawite and Sunni residents in the Orontes River valley spout sectarian slogans and vow to exact revenge as soon as one side prevails. Increasingly, this appears to be how the war is lived everyday.

The window into this critical part of the Syrian conflict remains extremely narrow. According to the Committee to Protect Journalists, at least 32 journalists have been killed since the start of the uprising. About a dozen remain missing, including Austin Tice, a freelancer for McClatchy newspapers and The Washington Post and James Foley of GlobalPost. The deaths of veteran correspondents Anthony Shadid of the New York Times and Marie Colvin of The Sunday Times in Britain, among other examples, have robbed the world of two of the most enterprising and knowledgeable chroniclers of the region, and of their credible first-hand accounts of the war.

Hof recommends in his report that the United States and its allies move quickly to help a mainstream opposition group establish a legitimate, non-sectarian government inside Syria. Such an effort, he argues, would require international recognition, money and “help with self-defense,” short of direct outside military intervention. Aid would be conditioned on creation of a government committed to “civil society, rule of law and protection of vulnerable populations.”

“The longer the Assad regime remains in place,” he writes, “the greater the chances of massacres multiplying and even becoming commonplace, as the regime’s use of largely Alawite forces will continue to fuel the opposition’s radicalization and the vicious cycle that it causes.” 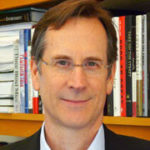