by
Lauren Ezell Kinlaw
Watch The Anthrax Files, our October 2011 examination of the country’s most notorious act of bioterrorism.

Last fall, 10 years after the country was stunned by the anthrax attacks, FRONTLINE, ProPublica and McClatchy Newspapers took a hard look at the FBI’s $100 million investigation to find the killer. Our investigation raised a number of questions about the strength of the Justice Department’s case against microbiologist Dr. Bruce Ivins, whom they named as the killer after he committed suicide in 2008.

As part of our reporting, we filed more than 30 FOIA requests and recently received a CD from the FBI with a number of rarely seen photos of Ivins’ lab, including the machine the FBI claims he used to make the deadly attack anthrax powder.

Roll over the photos below to navigate the slideshow. 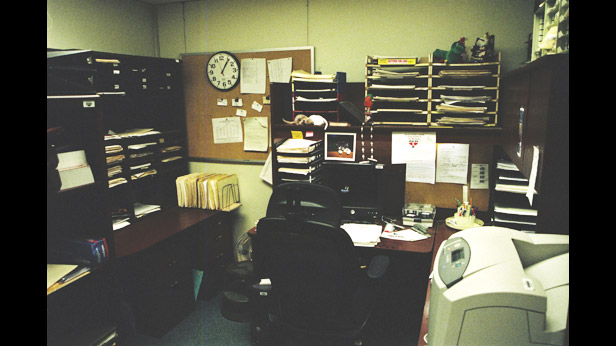 Investigators never found any traces of the attack anthrax in Ivins’ office, but they later discovered that he had sampled and cleaned his office and other areas following the attacks. We reported on questions surrounding the unauthorized cleanings and the Justice Department’s assertion that they were evidence of Ivins’ “guilty conscience.” 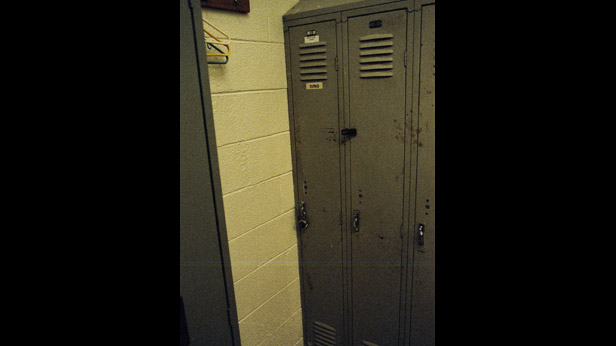 Ivins’ locker — #10 — is on the far left. Researchers would change in the locker room before entering the hot suites, the sealed rooms where they worked with the deadly agent. 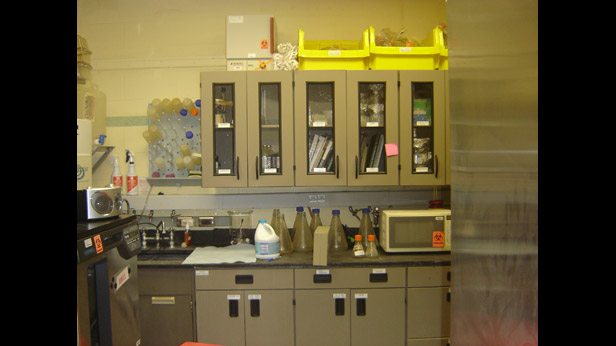 This is Ivins’ secure BSL-3 hot suite lab at USAMRIID, where he maintained the RMR-1029 flask of anthrax spores — which the FBI alleges was the parent material of the 2001 anthrax attack powder — and where the FBI alleges he created the deadly anthrax powder that was sent though the mail beginning in September 2001. 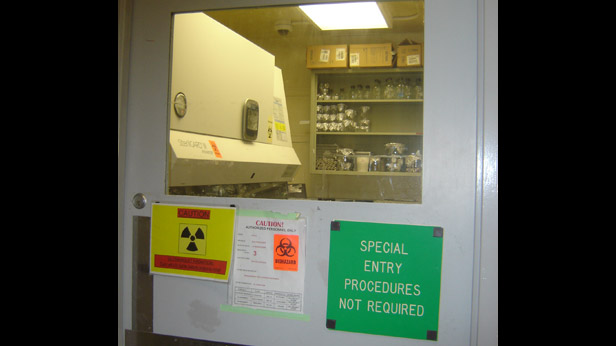 A window into the secured BSL-3 hot suite lab at USAMRIID, where Bruce Ivins worked as a microbiologist to develop a next-generation anthrax vaccination. 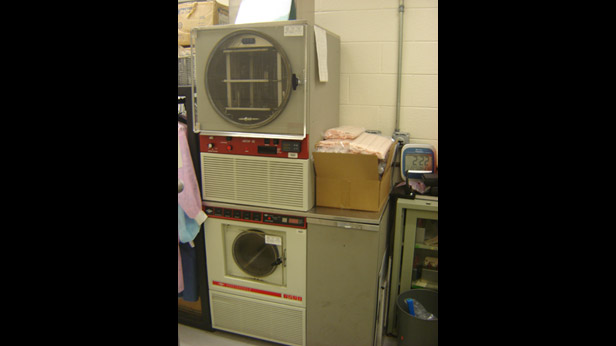 The lyophilizer, or freeze dryer, which the FBI says Ivins could have used to make the attack anthrax. Stored outside of the secure BSL-3 hot suite, the lyophilizer was a central focus of the investigation; however, the FBI was never able to definitively link it to the attack anthrax, and some of Ivins’ colleagues are skeptical that he would have risked drying anthrax outside of the secure suite. 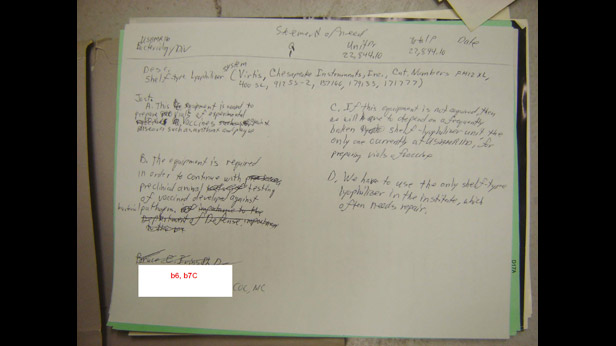 A handwritten page from Ivins’ notebook in which he refers to the lyophilizer. The FBI argued he could have used the machine to produce the dried attack anthrax. 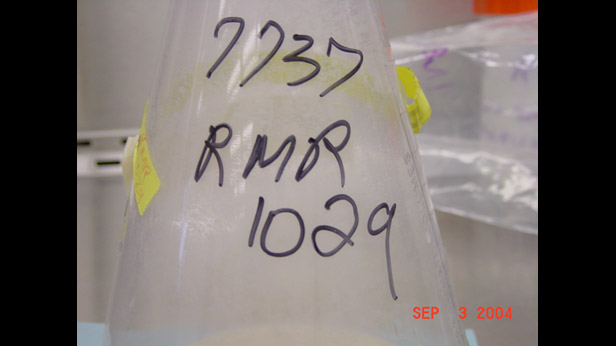 The FBI alleges that the powdered anthrax spores used in the attacks originated from this flask labeled RMR-1029, which was controlled by Ivins. But our investigation raised questions about the FBI’s analysis of samples taken from RMR 1029, and a report from the National Academy of Sciences claimed the FBI’s analysis “did not definitively demonstrate” that RMR-1029 spores were used to create the attack anthrax.