How to Train a Rebel Army (Secretly) In Seven Steps

A group of Syrian rebel fighters who say they were trained in Qatar by Americans.

Three years into Syria’s civil war, President Barack Obama announced today that he would boost support for Syrian rebels, who are battling both the Assad regime and foreign extremists. The pledge marks a shift in U.S. policy on Syria, which until recently was focused mainly on humanitarian aid and nonlethal assistance to opposition groups.

“I will work with Congress to ramp up support for those in the Syrian opposition who offer the best alternative to terrorists and a brutal dictator,” Obama said in a speech at West Point, adding that he hoped to establish a $5 billion fund to train allies in counterterrorism around the world.

But as FRONTLINE reported in Arming the Rebels, U.S. intelligence forces are already training some Syrian rebels. Reporter Muhammad Ali got a rare glimpse into that covert program when he embedded with a unit of moderate rebels in the north. Here, he breaks down how it works: 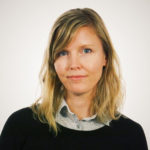