On Inauguration Day next week, Barack Obama will officially begin the final chapter of his presidency. Ahead of all the pomp and circumstance, FRONTLINE is looking back on the president’s first four years in office, with Inside Obama’s Presidency, premiering tonight (check local listings).

We’re kicking off the conversation around the film today with six of the country’s leading journalists covering the administration.

The focus of the discussion dates back to something the president first hinted at while running for the White House in 2008: His desire to be a transformative president. Speaking to the editorial board of the Reno Gazette-Journal, then-candidate Obama distinguished between presidents that “changed the trajectory of America” and those who did not.

Four years later, has he met that mark? That is the question we will put to our panel over the next two days. Today’s conversation will focus on the president’s record since first taking the oath of office, while tomorrow’s discussion will examine the second-term agenda. 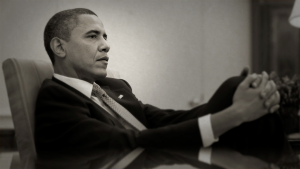