Live Chat: Ali Soufan’s Inside View of the War on Terror

Ali Soufan played a central role in the agency’s efforts to stop Al Qaeda. He interrogated some of the most high-profile detainees after 9/11. Since he left the FBI, Soufan has become one of the most outspoken critics of the CIA’s “enhanced interrogation techniques.” He says they don’t work. He also says that, if the CIA hadn’t withheld crucial intelligence, he and his colleagues might have detected the 9/11 plot.

FRONTLINE correspondent Martin Smith sat down with Soufan for seven hours to file this report.

Now it’s your turn. What do you want to ask Ali Soufan? Submit a question below anytime, and join the conversation at 1 p.m. ET on Sept. 14.

Ali Soufan’s memoir, The Black Banners: The Inside Story of 9/11 and the War Against al-Qaeda, was published on Sept. 12 after facing extensive redaction from the CIA. He is now CEO of the Soufan Group, a consulting company.

Amy Davidson is a senior editor at The New Yorker, where she writes the Close Read blog. She focuses on politics and international affairs, including reporting from Iraq, Afghanistan and China. 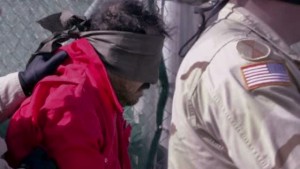