Map: How the Ebola Outbreak Spread through Africa

Never before has the world seen an Ebola outbreak like the one that struck West Africa beginning in December 2013. Thousands died, even more became infected, and with no cure and limited resources at their disposal, health officials struggled for months to keep up. From Patient Zero to today, here is a look back at how the outbreak became the worst on record. 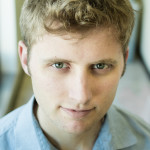