In never-before-released photographs taken on Sept. 11, 2001, the shock, horror and gravity of the terrorist attacks can be read on the faces of President George Bush, Vice President Dick Cheney, their wives Laura and Lynne, National Security Adviser Condoleezza Rice, CIA Director George Tenet and other senior Bush and Cheney staffers.

The photos were released in response to a Freedom of Information Act request filed by Colette Neirouz Hanna, coordinating producer for the Kirk Documentary Group, which covered the Bush administration in many films for FRONTLINE, including Bush’s War, Cheney’s Law and The Dark Side.

The photographs, which were taken by the vice president’s staff photographer, show Cheney watching footage of the World Trade Center attack in his office. Other photos show Cheney and other senior staffers meeting in the President’s Emergency Operations Center, or the secure bunker deep underneath the White House.

They also show the vice president and his wife, accompanied by I. Lewis “Scooter” Libby, Cheney’s chief of staff, as they flew that night to Camp David, the first in a series of “undisclosed locations” where the vice president camped out in the weeks after the attacks.

It is the second set of photos released in response to a FOIA from Neirouz Hanna. The first batch, released last month, contained hundreds of behind-the-scenes photos, including a number of intimate photos of Cheney and President George W. Bush and rare moments from inside the vice president’s office. A second set of photos, also released today, feature David Addington, a top legal adviser who worked with the vice president on national security issues

Here are a selection of photographs from the collection. The full set can be seen here. 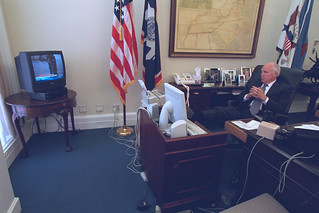 Vice President Cheney watches as the first reports of terrorist attacks appear on television. Within minutes he would be frog-marched by Secret Service agents to the basement elevator of the White House. 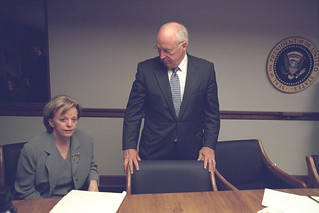 Cheney’s wife, Lynne, was brought to the White House and taken to the President’s Emergency Operations Center (PEOC), a secure basement room, with the vice president. 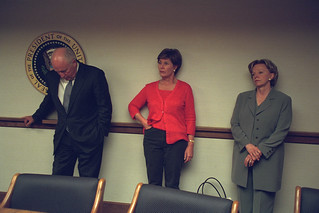 First Lady Laura Bush joined the Cheneys as secure communications were established for the basement room. 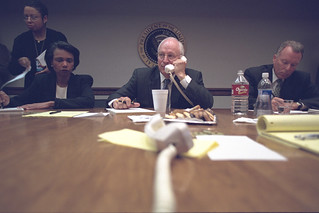 Cheney made a series of calls from the PEOC, including to Secretary of Defense Donald Rumsfeld. Terrorists had attacked the Pentagon at 9:37 a.m. 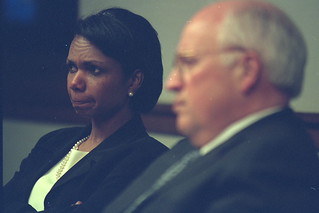 National Security Adviser Condoleezza Rice joined Cheney in the PEOC. Throughout the morning they were receiving reports of airplanes headed toward the White House. 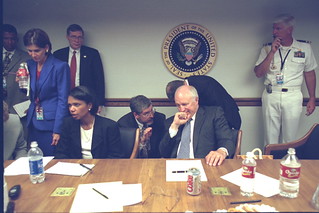 The vice president’s top lawyer, David Addington (kneeling), conferred with Cheney. Addington would begin to secure the legal authority to respond to the attacks. 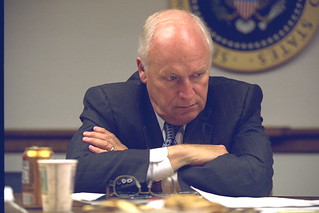 Those in the room that day say the attacks had a profound effect on Cheney and shaped his entire time in office. 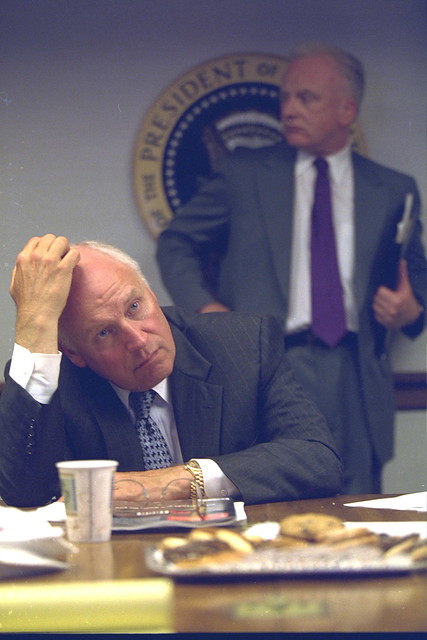 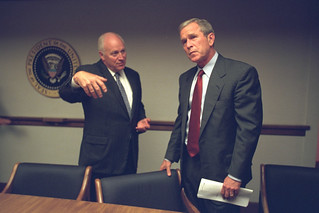 Cheney confers with President Bush, who had arrived at the PEOC around 7:00 p.m., after his plane was diverted to Louisiana and Nebraska. 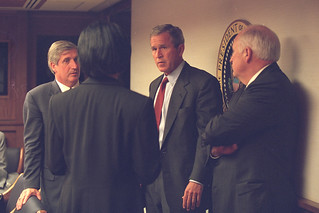 Prior to addressing the nation, Bush is briefed by Chief of Staff Andrew Card, Cheney and Rice. 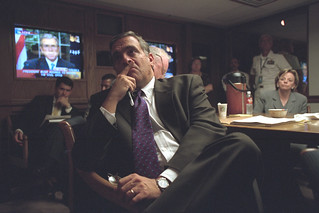 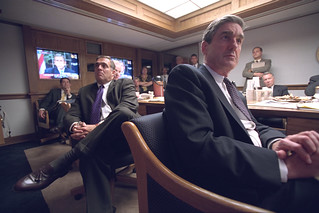 Tenet and FBI Director Robert Mueller watch as President Bush promised the nation that the government would go after “the terrorists who committed these acts and those who harbor them.” 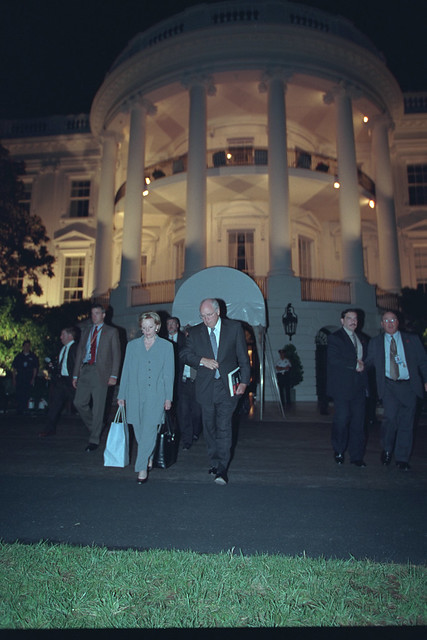 The Cheneys leave the White House for an “undisclosed location.” 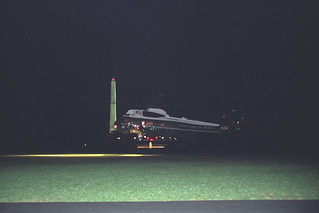 Marine Two takes off with the Cheneys. 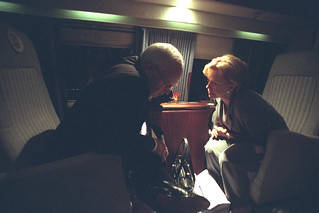 Moving the vice president is part of a Secret Service plan to preserve the continuity of leadership. 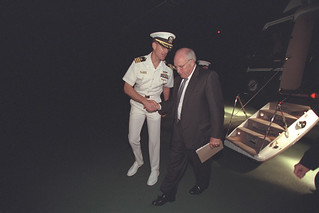 The photos released today show that Cheney was taken to Camp David. 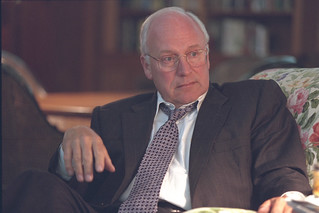 Cheney will soon announce from Camp David that the United States will have to work the “dark side.”

[Editor’s Note: This post has been updated with additional captions. The full photo set can be found here.]