For nearly 25 years, the federal government has been investigating police departments for patterns of unconstitutional policing, and compelling them to reform through court-enforced agreements.

Now, in one of his first acts as attorney general, Jeff Sessions seems poised to abandon the only tool that the federal government has to force structural change in troubled departments.

“It is not the responsibility of the federal government to manage non-federal law enforcement agencies,” he wrote in the April 3 memo calling for a comprehensive review of the department’s police reform programs. The review will include current and pending reform agreements, known as consent decrees.

Sessions said he wanted to ensure the agreements don’t conflict with the Trump administration’s priorities, which include protecting the public, promoting officer safety, morale and public respect for their work; and respecting civil rights. He added that the “misdeeds of individual bad actors” shouldn’t be used to undermine officers or agencies, and that local departments were best placed to implement best policing practices.

The memo quickly raised alarm among former officials who have worked on reform efforts.

“It is troubling that the attorney general is taking the position that the role of the DOJ is not to ensure that local law enforcement complies with the Constitution,” said Jonathan Smith, a former section chief in the Department of Justice’s Civil Rights Division.

Vanita Gupta was the acting head of the Civil Rights Division from October 2014 until President Barack Obama left office. She told FRONTLINE that combating crime requires trust between a police department and the community it serves. Sessions’ memo, she said, “sets up this strange binary between civil rights and public safety. Most folks in law enforcement are clear that it hurts police officers to not have the trust of the communities that they are serving.”

Both the Bill Clinton and George W. Bush administrations pursued investigations and forced departments to reform. But the program was a priority under Obama, which secured 21 reform agreements — far more than any other administration. At the moment, four departments, including Chicago, are under federal investigation. Two are contesting the findings of Justice Department investigations, and 20 are under reform agreements, including Ferguson, Missouri, Cleveland and Seattle.

It’s not clear how the review will affect existing consent decrees. However, the Justice Department asked a federal judge on Monday for more time to evaluate its wide-ranging reform agreement with the Baltimore police department, which was signed shortly before Obama left office.

A close look at the Justice Department’s 69 investigations of police agencies shows that federal officials don’t intervene unless they uncover serious systemic Constitutional violations. In Warren, Ohio, police were found to be improperly strip-searching people during traffic stops. In Detroit, police jailed suspects’ family members and friends without cause. In Cleveland, the DOJ said police used Tasers, chemical spray or even punched people in retaliation.

In a few cases, including Detroit and Cincinnati, local officials requested federal investigations, either after a public outcry or newspaper exposed systemic problems. In Baltimore, officials asked for federal help in the wake of the death of Freddie Gray, a young black man whose spine was severed in the back of a police van. Baltimore police had already been undergoing a voluntary review by the DOJ at the time of his death.

Both federal and city officials agreed that a more serious intervention was required. Even Gene Ryan, president of Baltimore’s main police union, said at the time that he welcomed the DOJ’s involvement.

Ronal Serpas, a former police chief in New Orleans, Nashville and Washington, said consent decrees can be a “key tool” for struggling agencies. “They can provide important guidance when change has been hard to achieve in other ways,” he said. Serpas took command of the New Orleans police department just as the DOJ opened an investigation into unconstitutional practices by its officers, including the use of excessive force. The NOPD ultimately signed a consent decree in 2013, which is still in effect.

One of the biggest criticisms of the federal reform process, which is reflected in the Sessions memo, is that it depresses officer morale, and leads to “de-policing,” whereby police stop engaging with residents and allow crime to fester.

A comprehensive evaluation by the DOJ earlier this year, when Obama was still in office, said that suggestion was unfounded.

A 2015 investigation by FRONTLINE and The Washington Post found that in some cases, officers’ morale did drop at the beginning of federal intervention. But officers’ perceptions tended to improve as they gained more training and better equipment, and community relations improved. In Seattle, for example, police engagement declined in the early years of the agreement. But those numbers rose under the new police chief, Kathleen O’Toole, and the agreement has been credited as helping to improve officer morale.

Some were more open to a review of the reform process.

“I think it is great that the DOJ is reviewing all these actions,” said James Stewart, head of the Fraternal Order of Police in Newark, New Jersey, whose police department entered into a consent decree last year. “It gives law enforcement the impression that someone is looking into our side of things.”

In an interview with FRONTLINE, Stewart echoed the complaints of other police unions in recent years, who have said that they felt the Obama administration came to their departments looking for problems. “With this new administration, I hope they are giving it a balanced look.”

At the same time, Stewart said he supports Newark’s consent decree, even if it’s been slow to get underway. Under the agreement, officers will receive improved training and more modern equipment. And, he added, he didn’t feel the mandated changes were so monumental.

“I don’t think our consent decree handcuffs us,” he said. “I think it will bring about a better police department.” 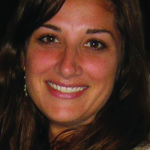