Seven Questions To Ask When Searching for Assisted Living

Finding reliable data on assisted living isn’t easy. Federal and state statistics can be hard to come by, and it’s often simpler to search for restaurant reviews on Yelp than it is to locate ratings and reviews for a local assisted living facility.

So where do consumers begin if they’re considering sending a loved one to assisted living? We put that question to several experts. Here is what they had to say.

Assisted living isn’t for everyone, so it’s important to understand what level of care you need and how that may change with age. Experts say that is especially true when it comes to seniors with dementia.

Consider this 2009 study led by researchers at Johns Hopkins University: It found that 46 percent of assisted living residents suffered from at least three chronic conditions, yet only 54.5 percent of facilities surveyed in the study had a registered nurse or a licensed practical nurse on staff. As the survey authors note, “Some residents with multiple, complex medical conditions present a challenge that some [assisted living facilities] may not be prepared to manage.”

Assisted living facilities can have limited medical staffs — no doctors and often no nurses — so while many people may shudder at the thought of a nursing home, for some seniors, it may be the better option.

“So many people have heard their mother say, ‘Promise me you’ll never send me to a nursing home.’ And a lot of people make a mistake in choosing assisted living because it looks nice rather than what the person really needs,” says Catherine Hawes, director of the Program on Aging and Long-Term Care Policy at Texas A&M University.

If you have settled on assisted living, it’s important to visit prospective facilities multiple times. Experts recommend visiting at different times of the day — meal times are a good place to start.

It’s not enough to just tour the building with the director, they say. Instead, take time to talk to residents and staff for a sense of the facility’s culture and environment. Ask about available services and about what staffing is like throughout the day and at night. It doesn’t hurt to inquire about turnover either, as that can be a good indicator of how reliable services will be, as well as how well the staff understands residents’ needs.

For residents with dementia, it’s also important to understand how the facility manages their care and safety. For example, what kind of programming is available? Are the doors locked at night for residents who wander?

Checklists for visiting an assisted living facility are available from several organizations, including the AARP, the Alzheimer’s Association, California Advocates for Nursing Home Reform, the Assisted Living Consumer Alliance and the Long Term Care Community Coalition, among others.

It’s also important to consider whether the facility is a for-profit, or not-for-profit institution, as that may influence how resources are allocated for care.

About 82 percent of residential care facilities are private, for-profit facilities, CDC data shows, with about four in 10 belonging to a national chain. Such for-profit chains, says Hawes, often have “requirements for a return on revenue that mean that they’re always pressing for higher occupancy and for constraining variable costs, and the variable costs are staffing and food, and to some degree, activities.”

From 2006 to 2011, for example, profit margins at privately owned assisted living facilities went from 3.5 percent to 6.4 percent, according to research from Sageworks, a financial information company. Those gains corresponded with drop in payrolls from 45 percent of sales in 2004 to 38 percent in 2012.

That doesn’t necessarily mean that you should dismiss for-profits and focus your search on non-profits only because, as Hawes notes, there are good and bad facilities in each category. But experts say the funding model can have an influence on another significant factor: cost.

4. What Are the True Costs?

Assisted living can expensive, and because it is not covered by Medicare, for many seniors, the cost can be prohibitive. In 2012, the average monthly base rate in an assisted living facility rose to $3,550, according to a survey by MetLife. In several states, rates can run as high as $9,000 a month.

The sticker price, however, often won’t account for the fees a facility charges for additional services. Some facilities will charge a resident extra for meal delivery, for example, while others add on fees for services such as transportation to and from the facility, or laundry and housekeeping. Likewise, fees for bathing assistance, dressing assistance and medication management can add thousands of dollars a month to the base rate.

5. What’s in the Admissions Agreement?

Admissions agreements can be lengthy and complicated, so experts advise taking your time to read them carefully. Occasionally buried in the fine print is language requiring 30 days notice to stop billing for services, even if the person staying there has died, says Patricia McGinnis, executive director of California Advocates for Nursing Home Reform.

Another red flag are so-called negotiated risk agreements. These clauses are often offered as a way for residents to make preferred choices about their care, even if they present some risks. For many in the industry, they are seen as a way to help seniors preserve a sense of independence. But as McGinnis warns, if something goes wrong, “You have signed away your right to sue.”

Liability waivers, another common part of admissions agreements, can present the same problem.

“To me, that is a sign that the facility may not have either the ability or the commitment to meeting your needs,” says Nina Kohn, a professor of law specializing in elder law at Syracuse University.  “If you’re confronted with a contract with that kind of liability waiver, I think it’s reasonable to say, ‘I’m going to cross out that provision.’ See how the facility responds.”

If any part of the admissions agreement is unclear, consult with an elder law attorney, suggests Kohn. The American Bar Association also provides a checklist for choosing an assisted living facility.

6. Where is the Facility?

It’s nice to find a residence that’s close to friends and family, but experts caution against letting that be the deciding factor.

“It is really important to have a place that’s easy to visit, but it’s more important to find a facility that’s really good,” says Hawes of Texas A&M. “Don’t choose a facility that’s five minutes closer to you, or 10 minutes closer to you just because of that. Make sure that you’re getting the best facility for what your loved one needs, and be realistic about what they need.”

7. What Does the Ombudsman Say?

Because data on assisted living facilities can be hard to come by, experts recommend contacting the long-term care ombudsmen for your local area. These officials can offer additional checklists or information on any citations against a facility, as well as answer any additional questions you may have.

The National Long-Term Care Ombudsman Resource Center provides a map on its website with contact information for ombudsmen in all 50 states. 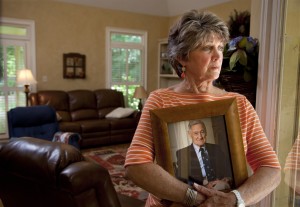