Before becoming the name behind the tragedy at Sandy Hook Elementary, Adam Lanza was known as a shy boy who was quiet, withdrawn and seemed to recoil from being touched. He played violent video games and went to shooting ranges with his mother, but hardly showed signs of dangerous behavior.

Yet somewhere along the way, Lanza made the fateful decision that ended in the second deadliest school shooting in American history. The following collection of photos traces his path to the mass killings in Newtown, Conn. While his motive remains a mystery, they help explain some of the key forces that shaped his life. 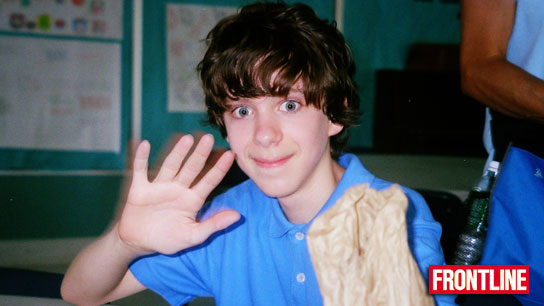 Adam Lanza was born in New Hampshire on April 22, 1992 to Peter and Nancy Lanza. He had an older brother, Ryan, and together they lived on land owned by Nancy’s family. From an early age, Adam is said to have struggled in social situations. In kindergarten, he was identified as needing an “individual education plan,” as well extra attention both in the classroom and at home, according to Marvin LaFontaine, who met Nancy when their sons were in Cub Scouts together. “There was a shyness and a learning thing,” he told FRONTLINE and The Hartford Courant, “and they were trying to unravel it.” 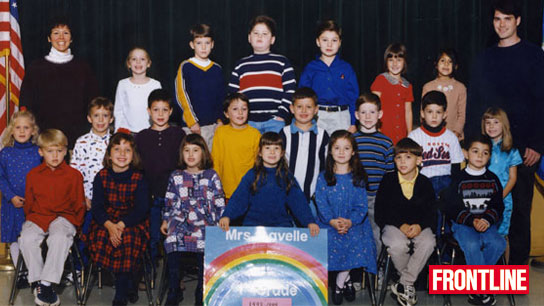 In 1998, Peter’s job took the family to the affluent suburb of Newtown, Conn. “Adam is doing well here, and seems to enjoy the new school,” Nancy wrote in an email to a friend back in New Hampshire the following year. His apparent strides came despite an early diagnosis of sensory integration disorder, a not widely recognized condition that made it difficult for Adam to manage and respond to sights, touch and smell. Pictured above, Adam’s first grade photo from Sandy Hook Elementary School. He is in the second row, second from the left. 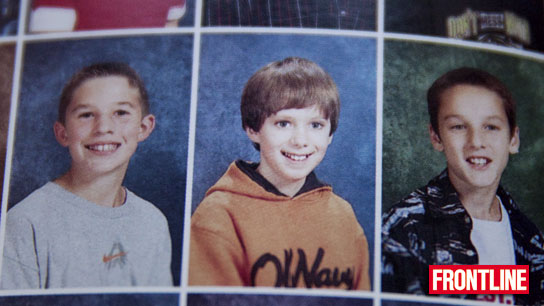 By middle school, Adam was diagnosed with Asperger’s Syndrome, a form of autism that interferes with social interaction. He found the chaos and noise of students changing classrooms upsetting, and Nancy decided to withdraw him from school. Pictured above, Adam’s sixth grade yearbook photo from Reed Intermediate School in Newtown. 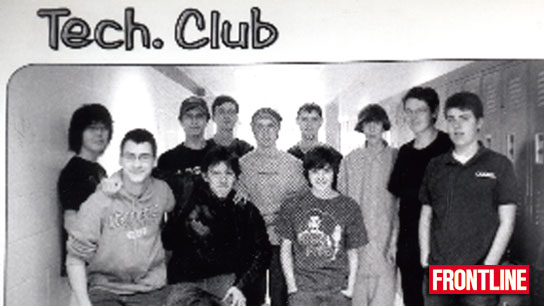 In 2006, Adam arrived at Newtown High School, where he received special education help. He also enrolled in the school technology club at the urging of the club’s adviser, Richard Novia. “Adam had episodes … where he would completely withdraw,” Novia remembered. Still, Novia says, Adam was making progress, as evidenced by his willingness to pose for the above photo.

“There’s this funny little face on him. He’s not quite smiling,” Novia said. “I was there when those pictures were taken, and I can tell you that to have Adam stand for that picture proves there was success.” 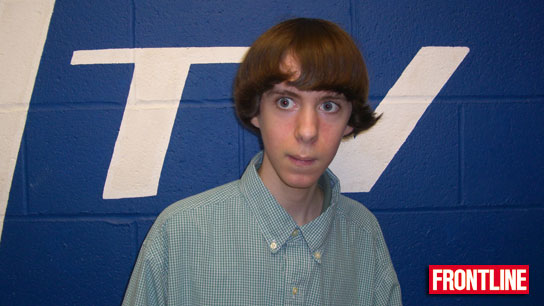 Adam’s special-education program was designed for children who struggled with social interaction. He had a school psychologist, but getting Adam out of his shell was not easy. Administrators would often request Nancy’s presence on campus, and it was not uncommon for her to be at the high school as many as two or three times a week to deal with Adam’s behavior issues. Above, Adam in high school in 2007 or 2008. 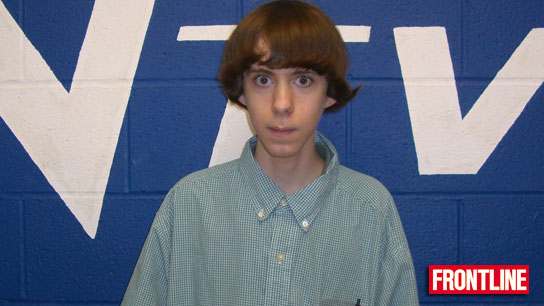 Following Adam’s sophomore year in high school, Nancy again made the decision to withdraw him. He enrolled at Western Connecticut State University at 16 and performed well, posting a 3.26 grade-point average. Nancy told friends he had embraced a more adult-like environment, but his high school support network was gone. Within a year, Adam left. He then enrolled at Norwalk Community College, but dropped out after the first semester. 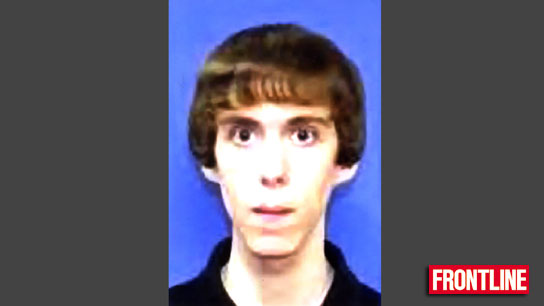 A series of major life changes came as Adam left community college. In 2009, his parents divorced. The next year, he abruptly broke off all contact with his father and grew estranged from his brother. Nancy taught him to drive, and in 2010, Adam got his license. She traveled more, leaving Adam alone for days at a time in hopes of grooming him to be more independent. Occasionally, she also took Adam to shooting ranges. 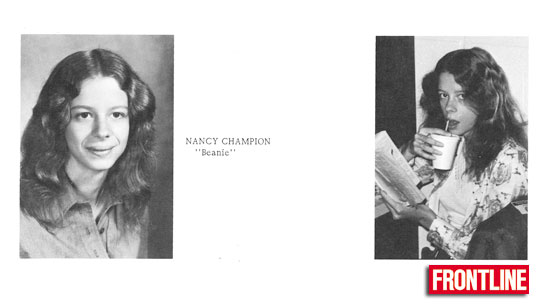 Guns were nothing new for Nancy Lanza, who grew up Nancy Champion in Kingston, N.H. Her father was an airline pilot and her mother a school nurse. Together with her sister and two brothers, she lived on the family’s farm, tending animals and working the land. 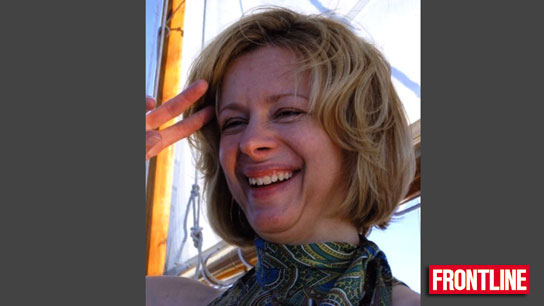 Target practice was an activity Nancy and Peter shared with Adam and Ryan during the boys’ early years in N.H. Shooting “was definitely her outlet,” according to Dan Holmes, a landscaper and friend of Nancy’s. Indeed, from 2010 to 2012, Nancy purchased four firearms, weapons Adam would later use during his rampage at Sandy Hook Elementary. 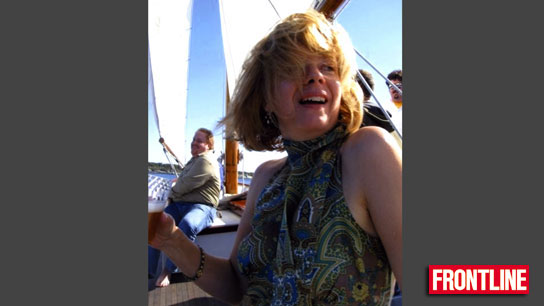 Nancy also enjoyed to travel, but Adam would always take precedence, according to her friend from Newtown, John Bergquist. “Her life revolved around caring for Adam. She loved to hang out with her friends at the bar and she loved to travel and she took time out for herself but her children and her family came first,” he told FRONTLINE and The Hartford Courant. 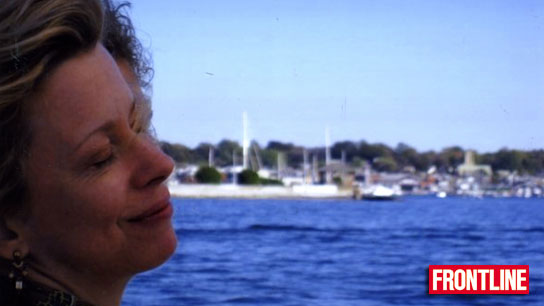 In 2012, Nancy began discussing a possible move to North Carolina or Washington state so that Adam could again attend college and pursue a degree in history. It was important for her to find the right fit. When a family member asked for an explanation as to why she would leave New England, Nancy responded, “You never turn your back on your children.” Adam, however, had other plans. On the morning of Dec. 14, 2012, he entered Nancy’s room and shot her four times in the head while she slept. He then got in the car, and headed for Sandy Hook.