by
Azmat Khan
“The Alawi sect had traditionally been suppressed in the country. And all of a sudden, [Hafez al-Assad] took this minority to the highest echelons of power and prestige.” – Andrew Tabler

“If you’re looking for a pleasant religion that harmonizes with the natural elements,” scholar Theo Padnos wrote in The New Republic last month, “this is the faith for you.”

Only about 10 to 12 percent of the population, Alawites are a minority within Syria’s Shia minority, and their heterodox faith differs greatly from mainstream Islam. But because its secret tenets and practices are known only to the few males deemed worthy to undergo instruction, the religion remains a mystery to most.

What Is the Alawi Faith?

The little that is known about Alawi Islam — which emerged in Syria’s northeastern mountainous region in the 9th century — can be confusing. Padnos writes:

Alawis believe all humans were once stars, that by a seven-step process of metempsychosis, a pious soul can regain his place in the Milky Way and that impious souls come back as animals. Alawis celebrate the Zoroastrian holiday Nowruz, which marks the arrival of spring, and sometimes celebrate Christmas. It’s not very Islamic to drink wine. It’s very un-Islamic to read esoteric meanings into the Koran. Alawis use wine in their rituals and believe that the manifest meaning of the Koran (and the Sharia) is a veil that covers truer, deeper meanings. Traditionally, Alawis have not built mosques but have rather prayed in the family home, or out of doors. They are said to worship the sun and the moon because these are aspects of the divine; the air, because god has dispersed himself into the ether; the stars, because one’s ancestors abide there; and the fourth Caliph, Ali, because he is the patron of their sect.

The religion has always been controversial among other Muslims. It rejects some of what most Muslims consider foundational pillars, including the call to prayer and the pilgrimage to Mecca, and combines elements of Islam with elements of Christianity and Zoroastrianism.

Ibn Taymiyyah, a renowned 13th and 14th century Islamic scholar, issued a fatwa against Alawites, declaring them “greater infidels than Christians, Jews or idolaters,” and calling for a holy war against them.  Alawites faced systemic abuse and repression that continued until the end of the Ottoman empire.

The Ascent of the Alawites 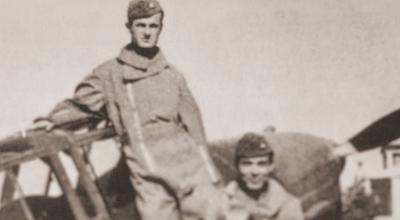 Alawites’ fortunes began to change in the early 20th century when Syria was under French colonial rule. Unlike the country’s majority Sunni population, who resisted military service, Alawites found opportunity there, and by 1955, they made up most of the military’s noncommissioned officer corps.

After Hafez al-Assad came to power in a 1970 coup, he protected himself by putting trusted family members in high government posts.

“All of a sudden, he took this minority to the highest echelons of power and prestige,” Andrew Tabler, a Syria expert at the Washington Institute, told FRONTLINE.

But at the same time that he was providing Alawites with greater security and brighter economic prospects, Hafez al-Assad needed to legitimize his leadership with Syria’s Sunnis. As journalist Nir Rosen explains, Assad and the Alawites had to strike a bargain:

The regime denied any public space for Alawites to practice their religion. They did not recognise any Alawite council that could provide religious rulings. This could have been a tool to clarify the Alawite religion to other sects and religions and to reduce suspicions over what many Syrians perceive as a mysterious faith. Alawites struck a bargain; they lost their independence and had to accept the myth that they were “good Muslims” so as to win Sunni acceptance.

It is common in Syria today for most Sunni Muslims to talk about Alawites as theological extremists or apostates says Syria scholar Joshua Landis. Only Sunni Islam and Christianity are recognized in Syria’s school system, meaning that most Alawite schoolchildren do not learn about their religion in the classroom.

Some argue that Alawi Islam has been transformed by the Assad regime from a religion to an identity that is closely intertwined with the regime, and united by a “common sense of injustice and persecution over the past centuries.”

Alawites and the Current Uprising 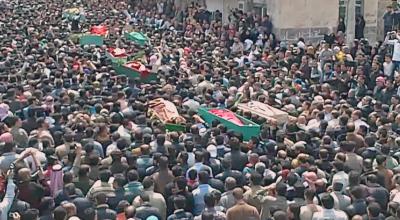 Today, 70 percent of career soldiers, and the majority of the military’s elite Republican Guard are Alawites. Many of the shabiha, or militia gangs loyal to the regime that have been involved in the crackdown, are also made up of Alawites.

“Civil war in Syria would be a potential disaster for a very combustible region, and I think everyone’s bracing themselves for that.” — Anthony Shadid

These numbers, combined with a Sunni belief that Alawites unfairly dominate the government that they are trying to depose, have many Alawites fearing they will be massacred if the regime falls.

Activists involved in the uprising today argue otherwise, insisting their struggle is not about religion or revenge, but about democracy.

But there is evidence that Syria’s sectarian tensions are already bubbling into gruesome violence in key cities involved in the uprising. In last week’s sectarian clashes in Homs — a city comprised of Sunnis, Shias, Christians and Alawites — many of the wounded or killed were Alawites, according to residents and activists. There were reports that pro-government gunmen shot residents in Sunni neighborhoods in retaliation. A doctor at the city’s national hospital told The Washington Post many of the bodies brought in “appeared to have been disfigured after they were shot,” some burned and others hacked with axes.

“This is turning into a battle, which every day is getting greater sectarian inflections,” said Landis. “Most of the demonstrators are Sunnis and the rhetoric is becoming increasingly aligned.”

There is a great deal of uncertainty about what a post-Assad Syria could mean, not only for Alawites, but also for Syria’s other sizable minority groups, including Christians and Sunni Kurds, who each make up 10 percent of the population, as well as smaller numbers of Druze and Ismailis.

An Alawi blogger using the pseudonym Khudr, whose family has had a prominent role in the Assad regime, posed a simple but penetrating question to Sunni opposition forces at the blog Syria Comment: “What are your plans for the tens of thousands of Alawis who work in the army and other security apparatuses?” Alawites like Khudr argue that regime change cannot happen without assuring Alawites and other minority groups of their place in a new Syria.

Observers say it is unclear what would happen if the regime falls, but a civil war could have dangerous consequences.

“Civil war in Syria would be a potential disaster for a very combustible region,” New York Times correspondent Anthony Shadid told FRONTLINE, “and I think everyone’s bracing themselves for that.”