Using “Skyfall” to Fight Back Against Kim Jong-un

Dennis Rodman is back from his latest trip to North Korea, where he sung happy birthday to the dictator he calls his “friend for life.” His entourage included a group of former NBA players who came and went as if they were traveling to and from any other country in the world.

If you’re an average North Korean though, it’s nearly impossible to even leave the country — and if you are caught trying to escape, you’ll probably spend the rest of your life in a political prison camp, where you might be joined by three generations of your family, all arrested for “guilt by association.”

One might think that if you were one of the lucky few North Koreans to make it safely across the border to China, you would run and never look back.

But while making FRONTLINE’s Secret State of North Korea, we found a group of defectors who are risking their lives once again to fight back against the regime of Kim Jong-un.

And, aided by a rising tide of technological advances, they’re using western popular culture as their weapon.

Take Jeong Kwang-il, a former political prisoner who escaped to South Korea and now smuggles radios, thumb drives and DVDs of soap operas and entertainment shows into the North, posing as a mushroom importer. Even though possessing foreign DVDs may be punishable by execution in North Korea, the smuggled shows and radios are regularly sold illegally in markets across the country and passed between North Koreans, eager to see the latest episode of their favorite drama.

“The men prefer watching action films,” Jeong told us in his interviews for FRONTLINE. “Men love their action films. I sent them Skyfall recently. The women enjoy watching soap operas and dramas. The more people are exposed to such media, the more likely they are to become disillusioned with the regime and start wanting to live differently. Popular culture has the most important role in bringing about democracy in North Korea.”

In the interviews we conducted for FRONTLINE with more than a dozen recent defectors, a picture emerged of a changing society. Each defector has a story of the moment he or she first saw the outside world in foreign films and television shows; the cars, the tall buildings, the abundance of food and the apparent freedom all made them question whether they really lived in the best country on earth — as they are constantly told by the regime.

“Information and knowledge of the outside world is beginning to widen out,” David Kang of the Korean Studies Institute at the University of Southern California told us. “That means central control is breaking down.”

Kim Jong-un’s regime recognizes the threat posed by people like Jeong, and has reportedly been sending security forces house to house, searching for illegal DVDs. Last November, he reportedly ordered the execution of as many as 80 people, some for watching foreign television.

But the formula that has sustained the totalitarian dictatorship — keeping its people isolated and afraid of the outside world–is being challenged by a tide of popular culture and new technology. Along with DVDs and thumb drives, cell phones are now proliferating in North Korea. It’s illegal to modify them to call out of the country — but using Chinese SIM cards, some North Koreans are taking that risk. They’re using their phones to communicate with family members who have escaped and over the phone recount their stories about the outside world.

And as footage secretly filmed inside the country and smuggled out for this week’s FRONTLINE documentary shows, some North Koreans are privately questioning the legitimacy of the Kim dynasty itself, and publicly challenging authority in ways unimaginable a decade ago.

A popular revolution is not likely around the corner; Kim Jong-un’s security apparatus is still tight enough to prevent a serious uprising, and last month, as if to reinforce that message, he ordered the execution of his uncle, Jang Song Thaek, who had ties to China and was known as an advocate of reform.

But the Supreme Leader is grappling with what former National Security Council member Victor Cha calls “the dictator’s dilemma.”

“They need to open up to survive, but the process could lead to the collapse of the regime — not of the state, but of the regime,” Cha told us.

In the meantime, defectors like Jeong Kwang-il –with Skyfall DVDs in hand– are taking huge risks to open up North Koreans’ eyes.

A version of this essay originally appeared on The Huffington Post. 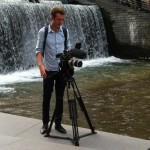