Democracy 21 and the Campaign Legal Center cited reporting done by ProPublica and FRONTLINE that showed the group claimed it would not participate in elections in its IRS application, even though it had already spent money on elections.

The two watchdog groups also cited reporting that showed Western Tradition Partnership, now known as American Tradition Partnership, asked the IRS to expedite its request for tax-exempt status because otherwise, its major donor would pull funding. That alleged donor, Jake Jabs, told ProPublica and FRONTLINE that he never pledged money to the group, and bank records that were later released revealed no donations from Jabs.

Read a copy of the watchdogs’  letter to the IRS (PDF), and learn more about ProPublica and FRONTLINE’s investigation here. 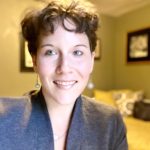