Directed by Academy Award-winning filmmakers Marjorie Hunt and Paul Wagner and co-produced with the Smithsonian Institution Center for Folklife and Cultural Heritage, GOOD WORK documents the men and women working behind the scenes to bring enduring beauty to the built environment. Working in stone, metal, clay, or in plaster, paint, and glass, craftspeople in the building trades transform designs on paper into three-dimensional works of art through their deep understanding of raw materials and technique. With creativity and pride, they enrich our nation through the work of their hands and their dedication to excellence. 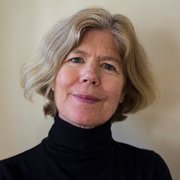 Marjorie Hunt is a folklorist, curator, and filmmaker with the Smithsonian Center for Folklife and Cultural Heritage. Her extensive work in the area of occupational folklife, traditional crafts, and the building arts includes her Academy and Emmy Award-winning documentary film The Stone Carvers, produced and directed with Paul Wagner; her award-winning book The Stone Carvers: Master Craftsmen of Washington National Cathedral; and Masters of the Building Arts, a living exhibition at the Smithsonian Folklife Festival. 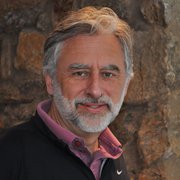 Paul Wagner is an Academy and Emmy Award-winning independent filmmaker, whose documentaries and narrative features have premiered at the Sundance, Toronto, Telluride, and Rotterdam film festivals.  His films broadcast on PBS include Signature: George C. Wolfe, a portrait of the controversial New York theatrical writer and director; Thoroughbred, an inside look at the world of big-time horse racing; and Out of Ireland, a sweeping history of Irish emigration to America featuring Liam Neeson and Gabriel Byrne.

About the Center for Folklife and Cultural Heritage

The Smithsonian’s Center for Folklife and Cultural Heritage (CFCH) uses the power of culture to increase understanding, strengthen communities and reinforce our shared humanity through rigorous research, educational programming and community engagement. Through the Smithsonian Folklife Festival, Smithsonian Folkways Recordings, exhibitions, documentary films and videos, symposia, publications and educational materials, CFCH works to sustain traditional and expressive culture such as music, language and craft in a wide variety of locations around the world.

WGBH Boston is America’s preeminent public broadcaster and the largest producer of PBS content for TV and the web. WGBH is a partner in the digital channels WORLD and Create, and also is a major supplier of programming for public radio. WGBH is also a leader in educational multimedia and a pioneer in technologies and services that make media accessible to deaf, hard of hearing, blind and visually impaired audiences.