Watch IN JACKSON HEIGHTS excerpts, and read some of Wiseman's thoughts about the process of making a documentary film.

"I have, since I was a child, always been fascinated by the variety of human behavior.  As an alleged adult making documentary films has been, for me, the perfect work.  I get to not only record but to try to think about and organize my experience.  I have been making an institutional series without any precise definition of institution." 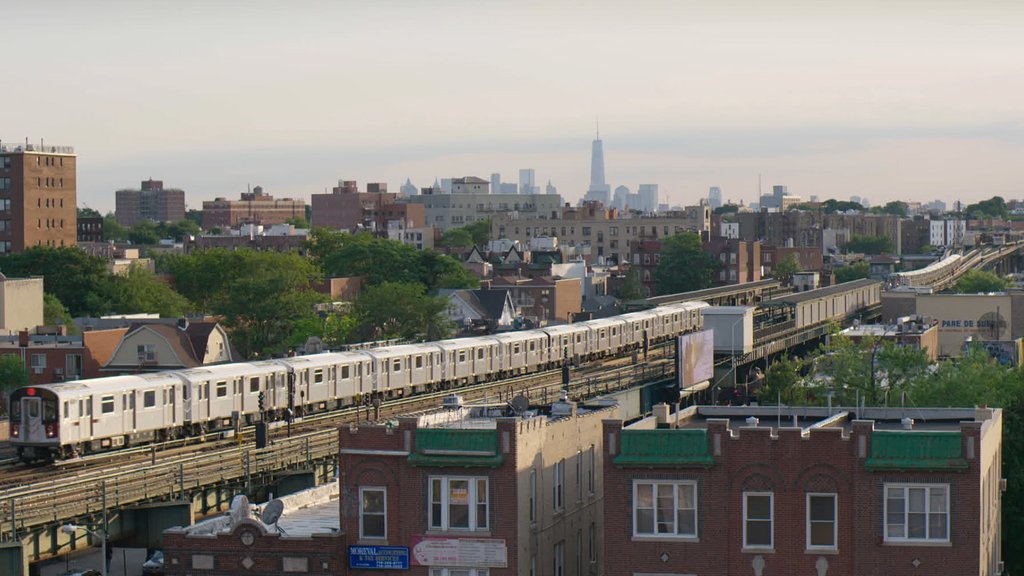 "Sometimes the subjects of the films are the activities within a single building, sometimes a group of contiguous buildings, and occasionally a small or large geographic area.  IN JACKSON HEIGHTS falls into the latter category and is the third in a group of films I have made about communities (the others being ASPEN and BELFAST, MAINE).  Just as I have no precise definition of an institution I have no strict definition of a community."

"Some films are in part defined and limited to the buildings they take place in some by a geographical territory.  What I do is draw a ragged line around a building, group of buildings or a place and say that anything that happens within the boundaries of that arbitrarily selected line is fit for inclusion in the film.  Outside the line is another film.

The choice of this kind of filmmaking has made it possible to observe human activity and behavior in a very wide range of limited contexts and encounters.  Editing is an opportunity to try and find a form and home for the experience of making the film." 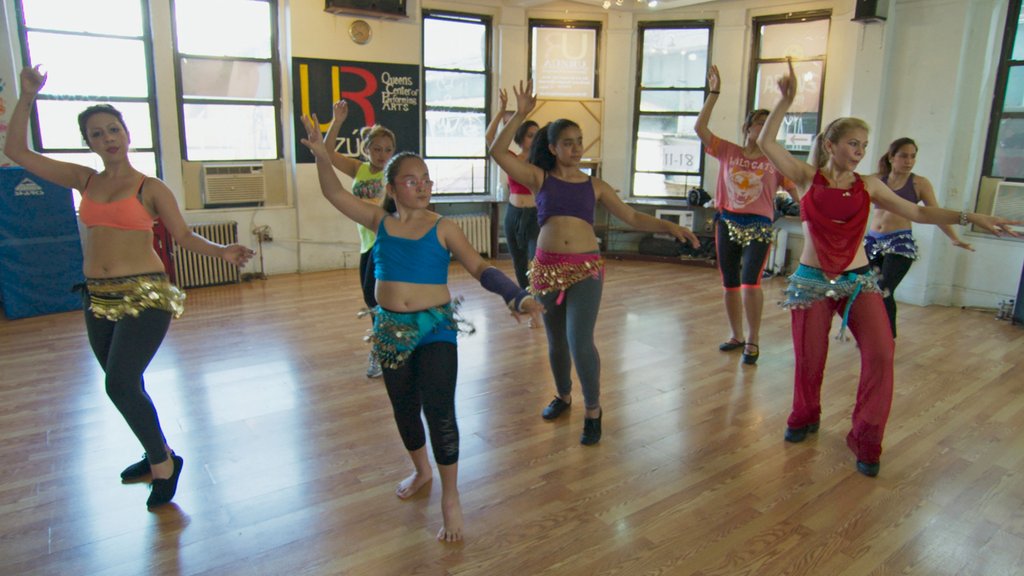 "For IN JACKSON HEIGHTS I drew an imaginary line around part of the Borough of Queens (one of the five boroughs of New York City) that is known as Jackson Heights.  In Queens this is called a neighborhood and the actual boundaries are imprecise.  167 languages are spoken in Jackson Heights.  There are communities of people from every country in South and Central America as well as large groups of people from Pakistan, Bangladesh, India, Thailand, Nepal and Tibet.  They live together with the descendants of earlier immigrations to America-Italian, Jewish and Irish. The area is a true American "melting pot" reminiscent of the Lower East Side of New York City at the end of the 19th century."

"The shooting method was to walk around filming events in the street, going into businesses (clothing stores, laundromats, bakeries, restaurants, supermarkets), religious institutions (mosques, temples, churches) and collecting sequences and shots that together totaled 120 hours of rushes.  When I started I had no idea what the themes, point of view or length would be." 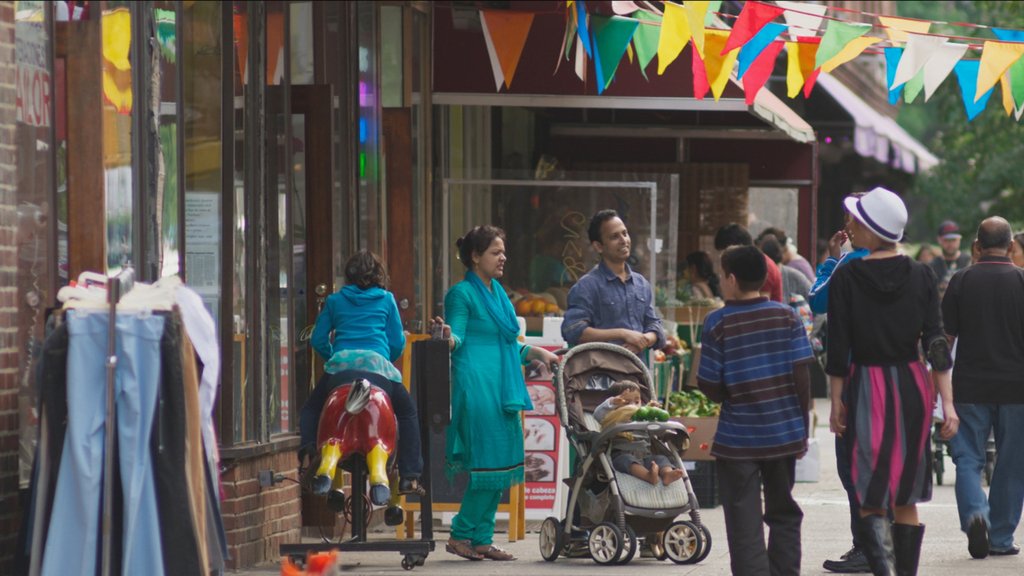 "The film emerged from nine weeks of shooting and ten months of editing.  In the editing there is a four way conversation going on between (1) my memory of the place; (2) the record of that memory as retained in the rushes; (3) my general experience and (4) the editing process where I try to understand what is going on in an individual sequence, choose and edit the material I want to use and discover visual and thematic connections between the sequences.  The film finds its form in that conversation and represents what I learned from the experience of making the film."