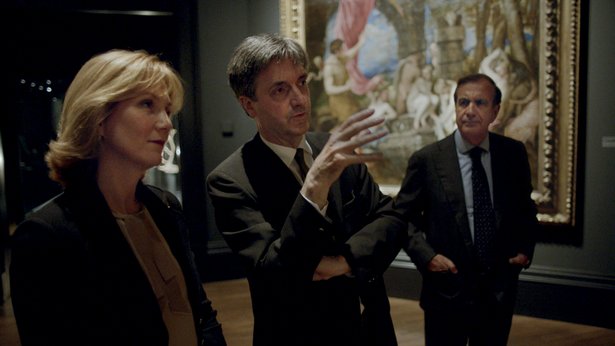 A still from NATIONAL GALLERY

NATIONAL GALLERY takes the audience behind the scenes of a London institution, on a journey to the heart of a museum inhabited by masterpieces of Western art from the Middle Ages to the 19th century. NATIONAL GALLERY is the portrait of a place, its way of working and relations with the world, its staff and public, and its paintings. In a perpetual and dizzying game of mirrors, film watches painting watches film.

Paintings From the Film

Scroll through a gallery of paintings discussed in the film.

Read what the critics have to say about Frederick Wiseman and NATIONAL GALLERY.

Frederick Wiseman has made 39 documentaries and two fiction films.  Among his documentaries are TITICUT FOLLIES, WELFARE, PUBLIC HOUSING, NEAR DEATH, LA COMÉDIE FRANÇAISE OU L'AMOUR JOUÉ, LA DANSE—LE BALLET DE L'OPÉRA DE PARIS, and AT BERKELEY. His documentaries are dramatic, narrative films that seek to portray the joy, sadness, comedy and tragedy of ordinary experience.  He has won numerous awards including four Emmys, a MacArthur Prize Fellowship and a Guggenheim Fellowship.  His films have played in theaters and been broadcast on television in many countries. He is also a theatre director and has directed THE LAST LETTER, based on a chapter of Vasily Grossman's novel LIFE AND FATE, and Samuel Beckett’s HAPPY DAYS at the Comédie Française.  He is an Honorary Member of the American Academy of Arts and Letters and a Fellow of the American Academy of Arts and Sciences. 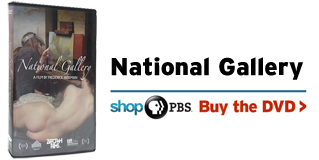