This week, President Trump demands the firing of NFL players who take the knee, college students rally against controversial speakers, and alt-right protesters call foul when charged with ‘hate speech’. What does all that say about the health of the First Amendment? Join the debate hosted by Carlos Watson with guests James Ihedigbo, Linda Sarsour, Tim Wu, and Emily Miller. 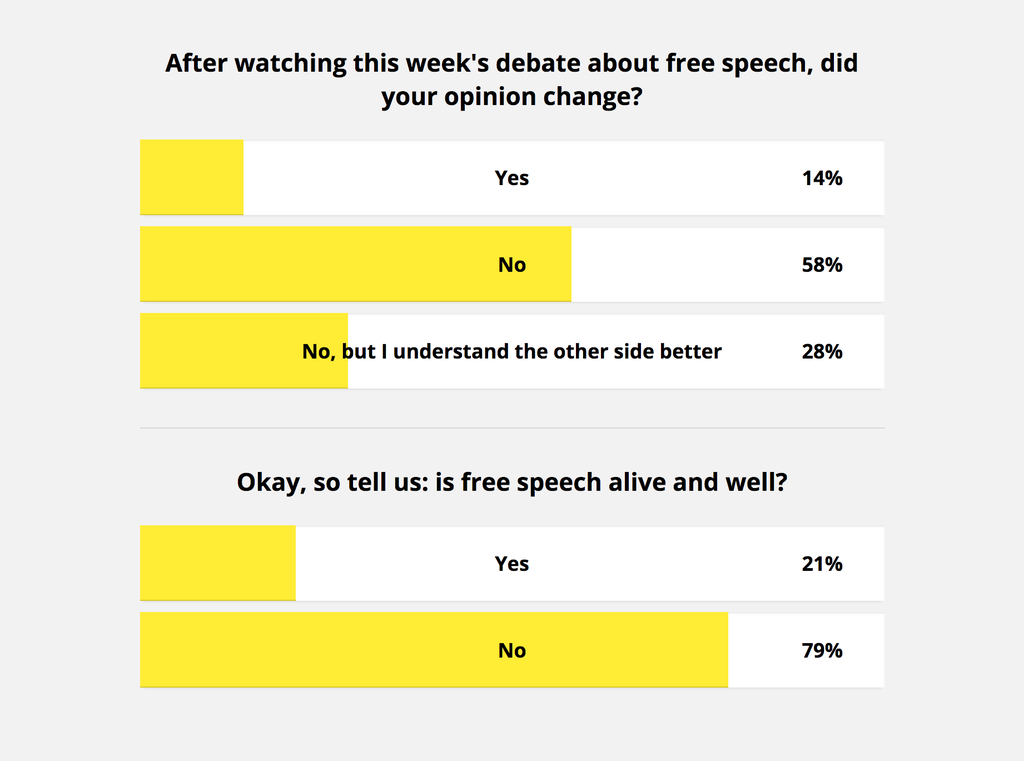 Carlos sits down with former ACLU president Nadine Strossen and Danish journalist Flemming Rose to get their take on the free speech debate.

Dive into the Debate