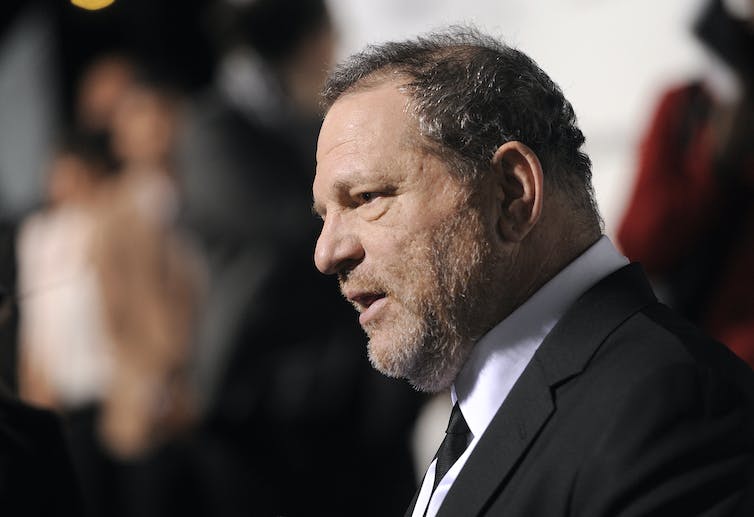 More women are stepping forward to share their experiences of alleged sexual assault and harassment by Hollywood film producer Harvey Weinstein. Some of the alleged incidents happened as long ago as the early 1990s. You might wonder, why did the women wait until now to speak out?

Yale psychiatry professor Joan Cook explains that a number of factors influence people’s decisions not to disclose traumatic events until long after they occur.

“The reasons for this are multi-fold and likely include shame, perceived stigma of being a ‘victim,’ past negative disclosure experiences and fears of being blamed or told that the event was somehow their fault,” she writes. “And when it comes to reporting sexual harassment, women fear for their jobs, promotions or placements.”

What’s an organization like The Weinstein Company to do when allegations arise? Spiking a bad leader like Weinstein seems like a natural solution – but is it enough? Research from Katina Sawyer and Christian Thoroughgood of Villanova University suggests it is not.

Often, the entire culture of an organization has turned toxic under bad leadership, they write. Part of the leader’s power came from people who were willing to follow and even collude with them.

“But companies obviously can’t fire everyone,” they write. “As such, targeted interventions that seek to retrain these individuals must be a primary goal.”

One type of toxic work environment is macho culture. Business and strategy expert Bert Spector of Northeastern University writes that such workplaces have “stereotypically masculine characteristics such as assertiveness, top-down control, overconfidence, daring and competitiveness are held to be attributes of top performance, valued above all others.”

While we may no longer be in the era of “Mad Men,” he writes macho culture still runs wild within corporate America, as we have see with the downfalls of other leaders like Fox’s Roger Ailes and Uber’s Travis Kalanick.

Sexual assault is not just a problem in corporate America – it’s everywhere. According to Sarah Cook at Georgia State, data on sexual harassment and assault of women are pervasive across the U.S. – from college campuses to the military.

“The sad truth is that despite public outrage, sexual harassment and assault continue to be as widespread a problem today as they were 25 years ago,” she writes.

Of course, issues of sexual harassment and power have also tinged our politics at the highest level. During his presidential campaign, Donald Trump denied multiple allegations of sexual assault and dismissed a hot mic recording in which he described sexually assaulting a woman as innocuous “locker room talk.” This type of response is alarming, writes Kathryn Holland of the University of Michigan. She identifies four ways that minimizing experiences of harassment and assault can add insult to injury.

“Making light of sexual aggression against women makes it even more difficult for women who experience it to come forward,” she writes.