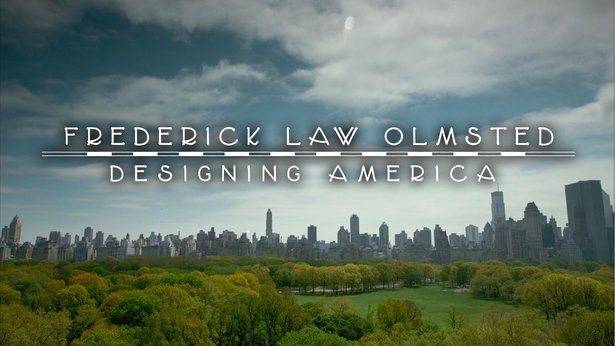 The film explores the enormous contributions of Olmsted to the American landscape, as well as his marked failures and loss. He was co-designer of Central Park, head of the first Yosemite commission, leader of the campaign to protect Niagara Falls, designer of the U.S. Capitol Grounds, site planner for the Great White City of the 1893 World’s Columbian Exposition, planner of Boston’s "Emerald Necklance" of green space and of park systems in many other cities. Olmsted’s pioneering design of the public parks and parkway systems in Buffalo, N.Y., is the oldest coordinated system in America and is listed on the National Register of Historic Places.

“Olmsted has a double legacy. On the one hand, he’s a super pragmatist; he’s a problem solver. At the same time, he’s a dreamer. What his parks are all about is finding immensely practical solutions to the problem of building a dream in the middle of a city,” says writer Adam Gopnik.

Frederick Law Olmsted: Designing America is a co-production of WNED-TV Buffalo-Toronto and Florentine Films/Hott Productions, Inc. The documentary is narrated by Stockard Channing and the voice of Olmsted is performed by Campbell Scott.

Frederick Law Olmsted: Designing America Trailer
A biography of the man who made public parks an essential part of American life.