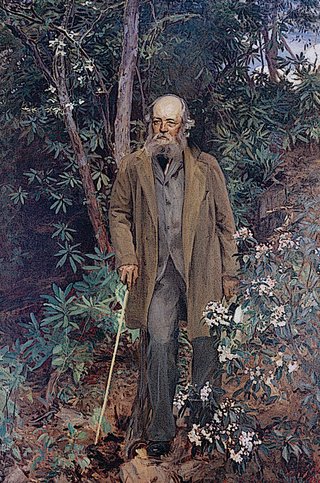 Frederick Law Olmsted by John Singer Sargent.Biltmore Archives All Olmsted can be divided into two parts.He was a brilliant success, whose life was marked by tragedy and colored by frustration.

The life of Frederick Law Olmsted was a big one, with a spectacular list of accomplishments. As Charles Beveridge and Paul Rocheleau write,

The story of Frederick Law Olmsted is a tale of epic proportions . . . [He was] co-designer of Central Park, the first great American urban park; head of the first Yosemite commission; leader of the campaign to protect Niagara Falls; designer of the U.S. Capitol Grounds and the West Front terrace; site planner for the Great White City of the 1893 World’s Columbian Exposition; planner of Boston’s “Emerald Necklace” of greenspace and of park systems in many other cities.

Olmsted and his partner Calvert Vaux were not only the first Americans to regard landscape architecture as a profession; Olmsted was also, far and away, the most eminent and successful person ever to practice it in this country.

If he is all but a household name today, that repute comes almost entirely from his design or co-design of large urban parks. Beyond the cities cited above, the list includes major park designs in Brooklyn, Detroit, Montreal, Rochester, Buffalo, Louisville, Chicago and more. But Olmsted also did site design for private residences, campuses, railway stations, hospitals, planned suburban communities, armories, mental institutions, a world’s fair and what are now national parks. Adam Gopnik, writing in TheNew Yorker, understandably arrives at the pungent question: “Was there a patch of grass in nineteenth-century America that he didn’t design?”

Even so, a large portion of his life is another story, or several. Olmsted’s working life lasted 52 years. For the first 22 of those years – until he was 43 – he did not consider himself a landscape architect by profession. He worked as a surveyor, as a clerk, as a seaman, as a farmer, as a journalist, author, and editor; he developed and ran the precursor to the Red Cross during the Civil War, and then he was the manager of one of the largest gold-mining operations in the world, at the tail end of California’s Gold Rush. He is familiar to us now for his parks, but before he ever designed a landscape, he was celebrated and influential as a social reformer, a writer and editor who had a startling influence on the hot national debate about slavery. Later, he was among the very first advocates for the preservation of natural areas (like Yosemite and Niagara Falls) in America. To say he was multifaceted is to limit an astounding life with a stock phrase. He succeeded not once but over and over.

Biographies of successful people – which are, after all, most biographies – have the tendency to sound like parades, as the audience gazes on one gaudy success after another, the cheers growing more and more faint with each passing exploit, until a thin rain begins to fall. But what makes Olmsted’s story unusual is exactly the difficulties. For there were a multitude of these as well. 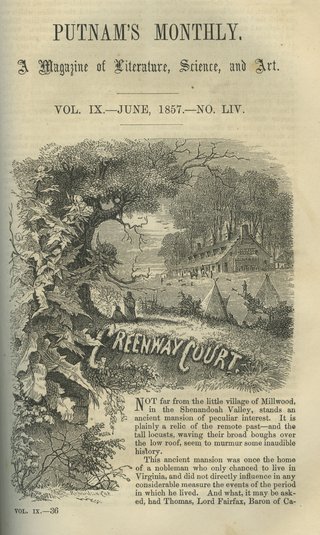 Olmsted worked as a journalist and publisher which ended in bankruptcy. 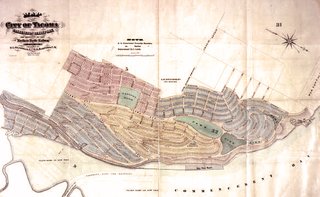 A design for the new city of Tacoma was promptly rejected.Tacoma Public Library Some were professional disasters and failures. In his early years, he was partner in a publishing company; it went bankrupt. He managed a mining operation; this time the company around him failed and he lost his job. As a landscape architect, plans that took him years to develop met with blunt rejection by the Bronx, by Tacoma, by Berkeley, by Tarrytown (New York) and more. One New York City park was shelved for 18 years, and a Chicago park design was put on permanent ice. Titanic battles with employers ended his participation in ambitious designs for Stanford University and the suburban community of Riverside, Illinois. Franklin Park in Boston has gone through so many crippling alterations (all original buildings destroyed, a golf course and a hospital added) that it is perhaps hard to judge Olmsted’s intent by what now exists. Even his signature achievement, Central Park, itself came under attack over and over (a zoo, statues, flowerbeds, new buildings, clearing and re-landscaping), and after working on Central Park for 20 years, Olmsted himself was humiliatingly dismissed.

Almost nothing he did was without interference. His farseeing designs were rejected, ignored or repeatedly meddled with. Frustration became almost habitual with him. Then, after his death, he was often confused with his namesake, Frederick Law Olmsted Jr., and largely forgotten by the public. 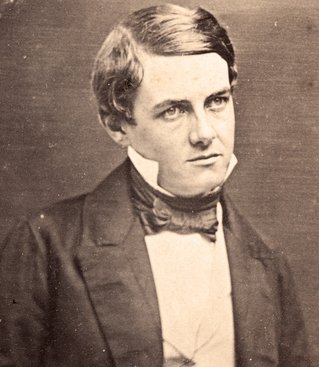 Olmsted's brother, John, died of tuberculosis in 1857.Historic New England And Olmsted suffered. He suffered with professional setbacks, and he suffered in his life as well. His mother died when he was four; his father soon remarried, and when he was only seven, he was sent away to be schooled by a series of pastors and never lived long with his father again. One of those teachers burned to death as Olmsted, seven years old, watched; the boy lived for five years with another pastor who was physically abusive. A brother died young; then a sister did too. The tragedies continued in his adult life. On a carriage ride, he fell asleep (or passed out) at the reins and the horse bolted, throwing him against a rock; his leg broke in three places, and he limped for most of his life. His first child died of cholera at two months; his dear brother John died of tuber­culosis at 32, and his dear stepson Owen at 24. Frederick was engaged to be married, but his fiancée broke it off suddenly. When he finally did marry, many years later, his bride was his brother’s widow, and some biographers believe an abiding sense of responsibility to his brother’s children was the motivation – not love at all.

The recitation of tragedies may sound like a list, but only because of the appalling number of them. Without a doubt, Frederick Law Olmsted felt them all. One can certainly argue what was cause and what effect, but throughout his life Olmsted suffered, too, from despair and probably depres­sion. He went through attacks that left him unable to read; he lay in a darkened room for months at a time. He suffered debilitating headaches and neuralgia. In short, this most successful and brilliant man was also a tortured soul.

But it is this alternation of light and dark in Olmsted’s life that, in the end, makes him accessible and sympathetic. As Adam Gopnik writes, “He was the sad man that nobody really knows and that everybody trusts.” In the light of Olmsted’s tragic luck and frequent suffering, his successes seem even more impressive, more monumental. The great man, in short, was utterly human.