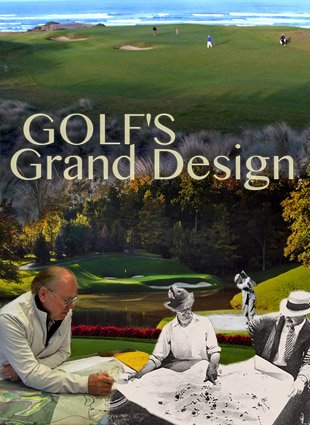 Golf's playing fields have recognizable characteristics—fairways, greens, bunkers, and water hazards but golf is the only sport played on a field with no specifically defined dimensions. Golf's playing fields are dictated by the features of the land and the imagination of the architect.

Golf's Grand Design focuses on golf course architecture from the 1880s through present day featuring some of America's best known and influential courses: the National Golf Links of America on Long Island; Baltusrol in New Jersey; Van Cortlandt Park in the Bronx; Augusta National in Georgia; the Dunes in South Carolina; Pinehurst No. 2 in North Carolina; Crooked Stick in Indiana; Sand Hills in Nebraska; Shadow Creek in Las Vegas and Bandon Dunes and Old Macdonald in Oregon.

Behind these unique courses are the colorful and creative individuals who helped fashion them. The rise of golf in America over the past 130 years is due in large part to the artistry of the people who design the courses where the game is played.

Beginning with the Scottish influence and rudimentary course layouts of the early years, the program traces the significant periods of golf course architecture through the Golden Age of the 1920s, the dominant influence of Robert Trent Jones, Sr. in the post World War II era, and the role of such contemporary architects as Pete Dye, Jack Nicklaus, Tom Fazio, Tom Doak, Ben Crenshaw, and Bill Coore.

"Golf course architecture and golf courses are so varied. It is a form of art," says championship golfer and course designer, Ben Crenshaw. "A lot of people consider it high art because it is on the world's largest canvas. Much like a painter, each of these people leave brushstrokes of their imagination on the property." 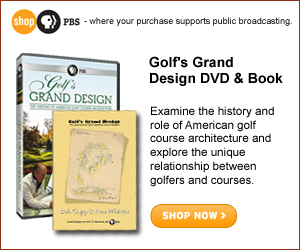 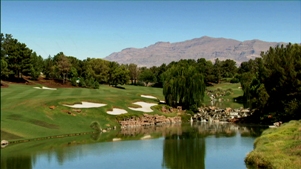 Shadow Creek is one of the most expensive golf courses ever built in the United States and is considered the best example of architect Tom Fazio's "total site manipulation" design approach. 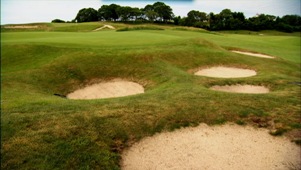 The National Golf Links is considered one of the most influential golf course designs from the early days of golf course architecture in America. Macdonald's design is patterned after some of the best holes and features from courses in Great Britain.