THE MAKING OF THE KLONDIKE GOLD RUSH

An interview with director Douglas Arrowsmith 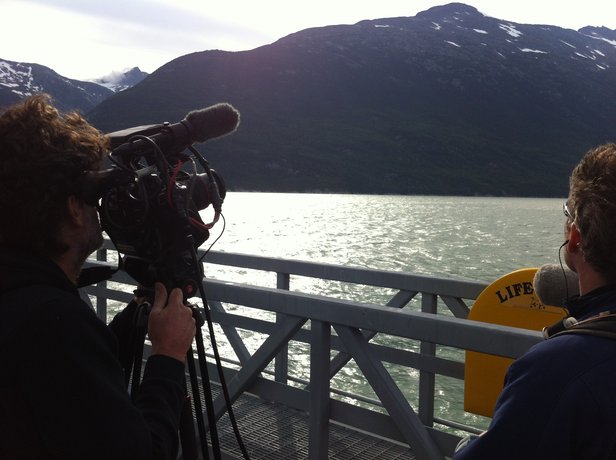 Q: HOW DID YOU COME TO DIRECT “THE KLONDIKE GOLD RUSH”? 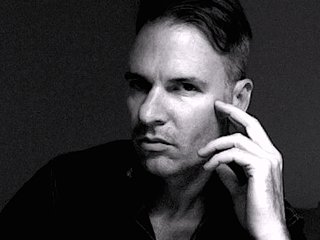 DA: The producer (Karen Melvin) approached me with a relatively broad idea about an historic documentary on the gold rush, which had been pitched, to the Broadcaster already. She was interested in how I could bring certain kinds of atmospherics to the film and make it a kind of visual/sonic quest story, which I’d done before with “Memory & Desire,” and “Love Shines.”

Q: DESCRIBE YOUR FIRST ENCOUNTER WITH ALASKA AND THE KLONDIKE

DA: Initially I was writing the treatment without having been to the region. I’d been to Whitehorse, but I hadn’t made that six-hour drive north to Dawson City. I met with Phil Lind early on, and could see in his eyes this kind of recognition that I’d never been to the “other side.” He simply said it would change me forever once I went. Until then, I could only understand the drama of the stampeder’s journey as a kind of mathematical thing, but it’s the humbling scale of the place once you encounter it - the infinite wilderness and the effect the light has at different times of the year. That stuff changes you. It’s a very different spectrum of light up there, it’s hard to describe, like a kind of pure white light. So it was on this first scouting trip that the main elements of the film presented themselves, including a few of the characters and, of course, the Palace Grand Theatre.

Q: WHAT CAPTURED YOU ABOUT THE PALACE GRAND THEATRE?

DA: When Teresa Conkin at Parks Canada gave me the tour of Dawson City that day I remember her unlocking the front door of the Palace Grand and in we went. She turned those amber house lights on and I walked into the main hall - I was just spellbound. I’d been searching for little jewel theatres like this in London for filming music videos, but they’re not that easy to find on such a tiny scale. This place was exactly what had been in my head.

I was just absolutely in love with it and knew I had to make this romance part of the film, and turn the theatre into a character. Imagine how that theatre would have been a beacon for so many stampeders across those long months in Dawson? When “Barnacle” Bob Hilliard first played me “Leaving of Liverpool” I knew I had the film solved. 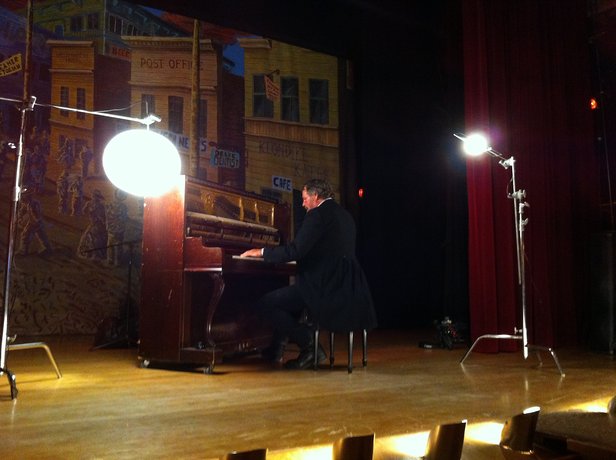 Q: WHY DID YOU USE TAPPAN ADNEY AS A CHARACTER?

DA: I wanted Adney’s voice to become part of the interior of the film, a subtle steady voice of witness to the almost absurd obstacles the stampeders faced. There’s a strangeness to Adney as well. He’s almost like a Conan Doyle type character...one part “mystic” in his approach to the journey and the readings from his chronicles work as diary entries to the trip. Instead of going off to college and pursuing the normal career path, he went to stay with relatives in New Brunswick for a couple of weeks one summer. That turned into a two year “trip” where he dropped right off the grid; he lived with an Indian tribe in the wilderness and learned about the natural world - including the art of canoe tripping. Adney was a “voyageur” in the true sense of that word.

Q: HOW DID YOU FIND THE PRESENT-DAY CHARACTERS?

DA: I’d taken a break during the scouting in Dawson to grab a beer at the renowned Westminster Hotel’s “Snake Pit” and was sitting next to this alluring woman at the bar. We talked for a bit and she said she live there in Dawson. I mentioned that several people were talking about a local woman named “Sue” who was playing the character Belinda Mulrooney, had she heard of her? She looked at me as said, “That’s ME!” She really sparkled and had lived in Dawson since she was a teen. I thought she was great. In Skagway we got lucky. I’d put the crew on the White Pass Rail train in Fraser, B.C. to film and cross into Alaska. I drove ahead with the rest of the gear and was sitting in the U.S. Parks office in Skagway, meeting with their historian Karl Gurcke, when one of the museum guides came to his door. She said there was a woman downstairs who’d just got off the cruise ship and was searching for information about her great uncle who was a stampeder and had died in an avalanche? I pretty much shouted, “Get her up here!” And so Pam’s story unfolded. Plus, it was a nice director’s curve ball for the DP (director of photography) and sound when they arrived. Shows you the importance luck plays in documentary making...it’s about creating the conditions where you can best receive that luck if and when it presents itself in the field each time. I was also working with superb talent, I’d wanted to work with John Price (cinematographer) for some time and Brent Calkin was a major score for us on sound.

Q: WHAT WAS THE MOST MOVING LOCATION OR SETTING FOR YOU?

DA: By far it was the afternoon with Pam when we went to see the flats in Dyea and then the Avalanche Cemetery. There’s a great Hirschfield photograph of the flats where the stampeders would have waded in to reach land then access the Dyea (or Chilkoot) Trail, and it shows a woman and a horse on the beach. I wanted to stand in exactly the same location, and we did. The other site where I literally had a kind of “communion” with nature was at Miles Canyon. It was the sound of the water and the smell of the pines.

Q: WHAT DID YOU LEARN?

DA: On the technical side you don’t want to over plan the field. I mean you’ve got to have a structure and a plan when you go out the door, and you need to have the confidence but if you over-tighten it, you’ll miss the twists - or you’ll be too closed to absorb them as they happen. We basically had to shoot Dawson and Skagway in 4 days (including travel days). But in terms of the grand story, I always go back to Charlotte’s line toward the end where she says the stampeders came away with empty pockets, but they’d seen the North, they had felt that incredible “promise of infinity” that the North - with its savage climate, its endless light - can give people. I just think it’s interesting how the stampeders embodied this kind of counter-thesis to everything else happening at the end of the 1890s, the end of an epoch where so many were searching for that “something else.” It was the doing that mattered. And that’s an important lesson for anyone, this idea that we make ourselves at the risk of losing ourselves, and if we don’t try, and maybe even fail on the way, then we have nothing to take with us. 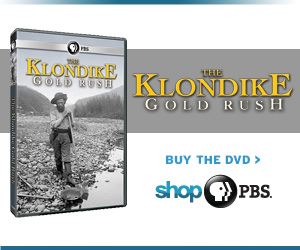