Interactions and Interdependence
Power and Governance

When you disagree with your government during a time of war, are you unpatriotic?
What is the best way to express dissent?

Assessment Tasks
The students will create a poster that depicts one reason why the Federalists/New Englanders did not agree with the decision to enter the War of 1812.

Chicago 10: Dissent in Democracy
Examine the role of dissent in American democracy through this study of the 1968 Democratic Convention and the "Chicago 10." Explore the many forms of protest from America's recent turbulent past to contemporary manifestations of dissent.
www.pbs.org/independentlens/chicago10/resources/chicago10_dissent.pdf

Chicago 10: Media Literacy
Deconstruct the explosion of images and sounds that erupted from the 1968 Democratic Convention. Explore and evaluate the role of the media in our perceptions and reactions regarding the protests staged by the "Chicago 10."
www.pbs.org/independentlens/chicago10/resources/chicago10_medialiteracy.pdf

Strange Fruit: Protest Music
Explore American protest songs and songwriters whose words and music served as catalysts for thought, action and social change. Listen to audio clips while exploring the lyrics and backgrounds of songs from eight eras of U.S. history.
www.pbs.org/independentlens/strangefruit/protest.html 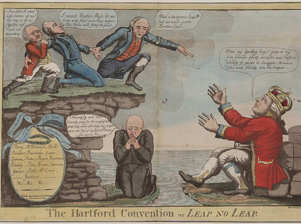