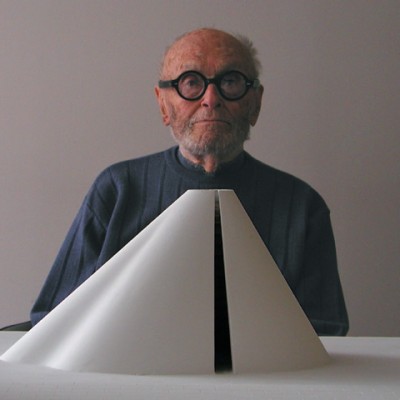 Philip Johnson
Architect
(Jul 8, 1906 - Jan 25, 2005)
KNOWN FOR
Author of The International Style, architect of Sheldon Art Gallery at the University of Nebraska, the New York State Theater in New York City, New York City AT&T Building
QUOTE
"All architecture is shelter, all great architecture is the design of space that contains, cuddles, exalts, or stimulates the persons in that space."
AMERICAN MASTERS FILM
Phillip Johnson: A Self Portrait
(Jun 1986)
Directed by John Musilli 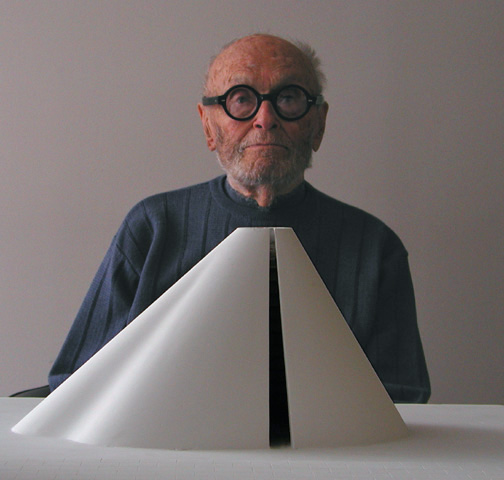 One of the major American architectural minds of the twentieth century, Philip Johnson has played an enormous role in both understanding and creating the urban skylines of the country. As historian, curator, and practicing architect he has had a formative effect on generations of architects.

Born in 1906, Philip Johnson grew up in Cleveland, Ohio. After graduating from high school he attended Harvard College, where he studied classics. Throughout the late 1920s, he became more and more interested in architecture and the growing modern aesthetic. At the age of twenty-six he became the director of the Museum of Modern Art’s new architecture department. These early years found Johnson primarily interested in a critical relation to architecture. He co-authored the influential book, THE INTERNATIONAL STYLE, which introduced the techniques of the Bauhaus to America.

Throughout the 1930s, Johnson was pivotal in bringing the great minimalist style to the public. As both a writer and curator he championed the work of major modern architects including Le Corbusier, Walter Gropius, and Mies van der Rohe (eventually writing the first monograph on van der Rohe). Johnson was interested in their aesthetic embrace of structural elements . Their minimalism overtly addressed the role of the designer and builder, seeking to make the foundational elements of a building part of its aesthetic exterior.

In his mid-thirties, no longer content with his role as a critic and curator, Johnson returned to Harvard, where he attended the graduate school of design and studied under the architect Marcel Breuer. By the late 1940s Johnson had graduated, and soon began designing houses and public buildings. His first and one of his most important works, was his own home in New Canaan, Connecticut. The home was a glass building with an exposed steel frame, placed in a rural setting. He made a number of other houses in a similar vein and throughout the 1950s designed many well-known works including the Seagram Building in New York City, done in collaboration with Mies van der Rohe.

Though he began in the stark style of Mies van der Rohe’s work, by the 1960s he had turned to a more individual style that incorporated historical elements. This break was the first step in a personal style that created monumental twentieth century architecture that could aesthetically include domes and colonnades. A busy time for Johnson, the 1960s saw him make the Sheldon Art Gallery at the University of Nebraska, the New York State Theater in New York City, an addition to the Museum of Modern Art, and the New York State Pavilion at the World’s Fair.

With the later work of the 1970s and 1980s, Johnson began to manipulate both texture and color on the exterior of his larger buildings. In 1978 he received one of his biggest commissions—designing the New York City AT&T Building (1978-1984). The 1990s saw a number of biographies and critical work examining him and his influence on architecture during the second half of the century. Perhaps the most important among all of these is Johnson’s own book, PHILIP JOHNSON: THE ARCHITECT IN HIS OWN WORDS, which brings together much of the thought and experience of nearly seventy years. Today, in his nineties, Johnson is one of the last of the modern architects and an important figure for the generations who grew up in the shadows of his buildings.