Ricky Jay
Sleight-of-Hand Artist
KNOWN FOR
Sleight-of-hand magic with playing cards; Off-Broadway show Ricky Jay and His 52 Assistants; throwing cards at watermelons
QUOTE
"I probably learned from Charlie Miller more about how to refine practice …. Being in a room with Charlie and discussing a move…is one of the stranger kind of pleasures I’ve ever had in my life."
AMERICAN MASTERS FILM
Ricky Jay: Deceptive Practice
(Jan 2015)
Directed by Molly Bernstein

Click on the three-part image to enlarge, then read Bernstein’s own back story to this adventure. 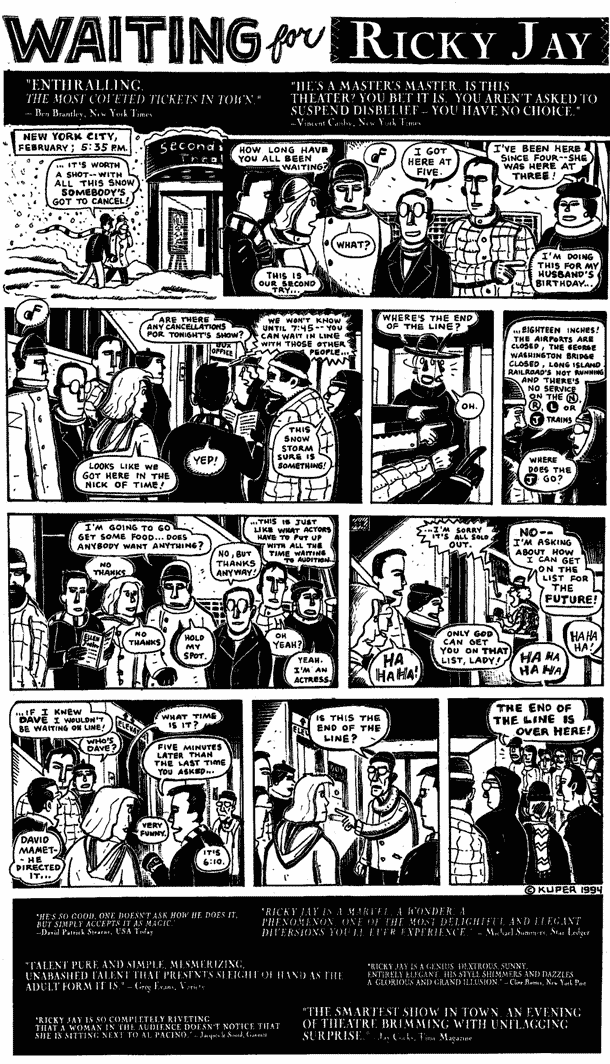 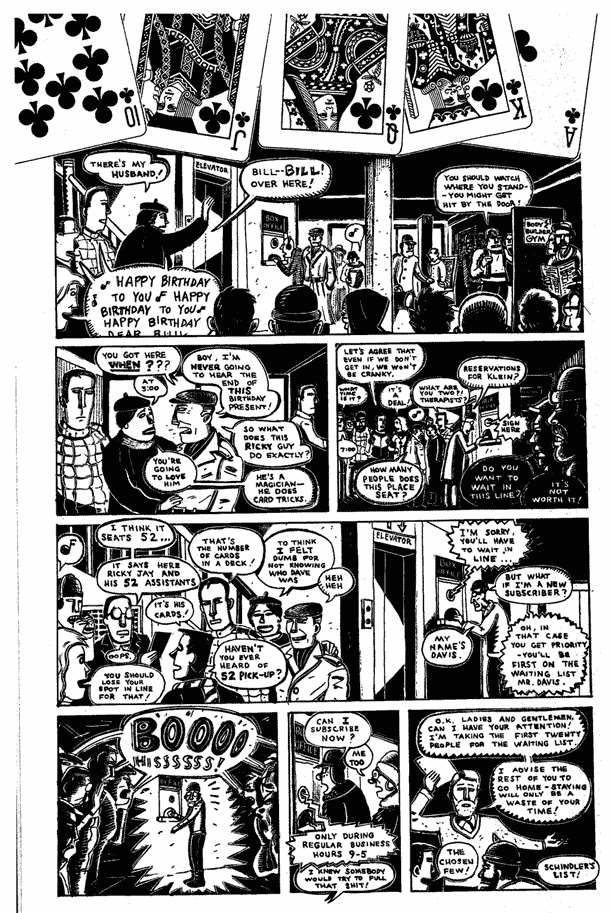 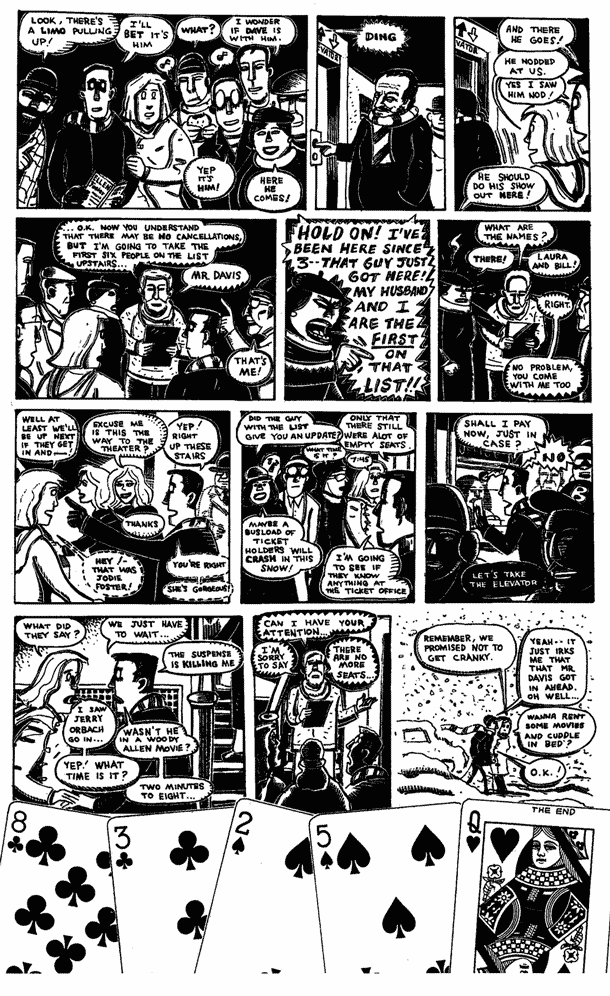 Filmmaker Molly Bernstein: After seeing Ricky Jay and his 52 Assistants, I told my old friend Peter Kuper, a cartoonist and illustrator from Cleveland, that this show was not to be missed. It was the fastest-selling show in off-Broadway history and impossible to get tickets. One could only wait in a long line and hope there would be some no-shows at the last minute, when the theater would sell a few more tickets. The lines went around the block through the whole run.

So Peter and his wife, Betty Russell, queued up on a Sunday night in the midst of a huge snowstorm, thinking there was a good chance that there would be lots of ticket holders who wouldn’t be able to get there. They stood in line in the freezing cold with a bunch of other determined New Yorkers for over three hours but did not get in.

While in line, Peter drew a comic about all of the characters in line called “Waiting for Ricky Jay.” The next day, Peter dropped the comic off at the theater for Ricky, and a few hours later, he got a call from his manager saying, “Thank you very much, he loved the comic. There will be two tickets waiting for you tonight, and please come backstage after to meet Mr. Jay.”

Peter and Betty went to the show and met Ricky; Peter brought him some of his work, which Ricky admired. A short time later, Ricky needed an illustration for a “Jay’s Journal of Anomalies” piece he was writing about a performer who crucified himself as a form of entertainment. He hired Peter to do an illustration; they became friends. I then asked Peter to introduce me to Ricky and ask if I could contact him about the idea of making a documentary.

Thanks to Peter Kuper for permission to share his comic. Bernstein originally shared this story in a longer interview with the Cleveland Plain Dealer.