“PBS KIDS is committed to using the power of media to help all children learn and grow, and supporting them, as well as their parents and caregivers, is an important part of that,” said Lesli Rotenberg, General Manager, Children’s Media, PBS. “We know that parents can find it challenging to talk to their children about natural disasters or other topics that can be frightening to kids, which is why we are proud to offer families useful tools for coping with challenges like these.”

DANIEL TIGER’S NEIGHBORHOOD, a Fred Rogers Company production for preschool-age kids, and ARTHUR, the Emmy and Peabody Award-winning series for kids ages 4-8 based on the books by Marc Brown and produced by WGBH, help kids build their social-emotional skills. In these two special new episodes of ARTHUR and DANIEL TIGER’S NEGHBORHOOD, family favorite characters experience big storms and learn how to prepare, while also handling difficult situations effectively and safely. Parent and educator materials, tip sheets and videos from both series will also be available at pbskids.org/learn to help families cope when scary things happen.

In “A Storm in the Neighborhood / After the Neighborhood Storm,” Daniel Tiger and his friends learn important strategies to use during emergencies. And ARTHUR’s two-part “Shelter From the Storm” episode features special guest star Idina Menzel as a caring therapist named Dr. Paula, who talks to Brain about his worries after the storm and provides him with helpful strategies for coping with anxiety. “It’s such an honor to have teamed up with ARTHUR, particularly on a story as meaningful as this one,” said Menzel. “I hope that this episode can help parents and kids when upsetting events occur in the world and in their communities.”

In addition to the storm-themed episodes and digital resources, DANIEL TIGER’S NEIGHBORHOOD and ARTHUR will premiere new episodes all week long beginning September 7 as part of a special premiere week on PBS KIDS. New episodes of PEG + CAT, the Emmy Award-winning series that inspires kids to solve problems using math as a key strategy, will also debut that week (episode descriptions from both series follow). Created by Jennifer Oxley and Billy Aronson and produced by The Fred Rogers Company, PEG + CAT is funded in part by the Corporation for Public Broadcasting (CPB) and by the U.S. Department of Education through the Ready To Learn Initiative, which supports the development of innovative educational television and digital media targeted at preschool and early elementary school children and their families. DANIEL TIGER’S NEIGHBORHOOD is also funded in part by the Corporation for Public Broadcasting (CPB).

ARTHUR:
“Whip. Mix. Blend./Staycation”– premieres Monday, September 7
When Rattles’ mom starts dating Archie Vanderloo, Rattles finds himself spending lots of time with Archie’s kids. The problem is, Rattles doesn’t have anything in common with these twins! Can this blended family learn to get along? / Arthur offers to babysit so that his parents can enjoy some peace and quiet in the backyard. What could go wrong? With D.W. on the loose…just about everything! Educational objectives: Rattles learns how to adjust to life in a blended family; Arthur and D.W. learn when to ask for help.

“Shelter From the Storm” (Parts 1 & 2) – premieres Tuesday, September 8
When a powerful hurricane hits Elwood City, everyone's affected. Ladonna’s dad is called up by the Army Corps of Engineers. Muffy relocates to a shelter, while Arthur struggles to reunite lost pets and owners. And Brain seeks the help of a therapist — voiced by special guest Idina Menzel — to help him manage his anxiety. Educational objective: Arthur and friends realize the importance of family, friendship, and the support and compassion of others in times of crisis.

“Arthur Read: Super Saver!/Tibbles to the Rescue!”– premieres Wednesday, September 9
Business is slow for Mr. and Mrs. Read, and Arthur is concerned. Can this “super saver” find ways to keep his family in the green? / When D.W. saves Tommy and Timmy from a nasty fall, they decide to repay the favor…whether D.W. likes it or not. Educational objectives: Arthur learns how his family can work together to save money; the Tibbles learn how to accept and reciprocate kindness.

“The Pageant Pickle/Some Assembly Required”– premieres Thursday, September 10
School is almost out and Arthur can hardly wait for those lazy summer days by Muffy’s pool. Nothing could ruin such a happy time of year… except maybe — D.W.’s Spring Pageant! / D.W. can’t wait to test out her new play set! But while it’s being built, she’ll have to settle for the box. With the help of Bud and Emily, D.W. realizes her imagination is way better than any toy! Educational objectives: Arthur learns that being a good older brother sometimes means making sacrifices; D.W. learns that the best toy is her imagination.

DANIEL TIGER’S NEIGHBORHOOD:
“Nighttime in the Neighborhood” – premieres Monday, September 7
Tonight is a special night in the Neighborhood of Make-Believe. In this half-hour episode, Daniel and his friends are going to a pajama party at the library! As Daniel and his family walk through the moonlit neighborhood, Daniel learns about all of the things that look and sound different at night. Strategy: Let’s find out what’s special at night.

“Margaret’s First Chime Time/Tiger Family Fun” – premieres Wednesday, September 9
Today, the Tiger Family is taking Margaret to the Clock Factory for her very first “Chime Time!” As they travel to the Clock Factory, Daniel notices how other families in the Neighborhood spend time together. / Daniel and his family head to the Enchanted Garden, only to find Miss Elaina and her family doing one of their special family traditions: pick-your-own-dinner! The Tiger Family joins in, and even adds a few traditions of their own! Strategy: I like to be with my family.

“Looking for Snowball/Daniel’s Neighbors Help” – premieres Thursday, September 10
Oh no! Snowball, the class pet, has gone missing! As all the neighbors band together to search for Snowball, Daniel realizes how good it feels to be part of a neighborhood. But will they find Snowball? / Achoo! The Tiger Family is under the weather! Daniel is sent home from school because he doesn’t feel well and Mom Tiger is couch-bound! Lucky for them, their neighbors are at the ready to bring them soup, books and encouragement to help them feel better. Strategy: A neighbor is here to help!

PEG + CAT:
“The Wonderland Problem/The Bat Mitzvah Problem” – premieres Monday, September 7
Landing in Wonderland, Peg and Cat eat berries to grow bigger or smaller in their quest to  retrieve Peg’s stick from the Queen of Hearts. / Peg and Cat help Tessa’s Bat Mitzvah run smoothly by keeping an eye on Uncle Phil, who thinks he can do 10 more of everything than he actually can. Primary educational objectives: calculating height and length; seeing a 10 in teen numbers

“The Robin Hood Problem/The Owl and the Pussycat Problem” – premieres, Tuesday September 8
Robin Hood can’t tell how to redistribute the goodies! So Peg and Cat teach him more and less. / The Pig will give Cat the hat he needs to warm his ears only if Peg and Cat will give him “infinity.” So Peg and Cat sail off in search of infinity. Primary educational objectives: strategies for determining “more” and “less,” counting, estimating and weighing; the concept of infinity

“The Ring Problem/The Wedding Problem” – premieres Wednesday, September 9
When the Giant drops the diamond ring he’s about to give Giantess, it bounces into a pipe. He needs his very small friends Peg and Cat to get it back. / When Peg and Cat are chosen to organize the Giants’ wedding, they must get the 12 steps for a giant wedding in just the right order. Primary educational objectives: learning ordinal numbers; ordering events over time

“The Bermuda Triangle Problem/The Breeze in the Branches” – premieres Thursday, September 10
While on their beach vacation, Peg, Cat and the Pig tumble through a portal to a bizarre triangular universe. / The Toad brings Peg and Cat to the forest where he grew up and introduces them to his old friends and his old patterns. Primary educational objectives: learning about triangles; identifying, creating and extending simple patterns

Images, descriptions and other materials from ARTHUR, DANIEL TIGER’S NEIGHBORHOOD and PEG + CAT are available on PBS PressRoom.

About The Fred Rogers Company
The company was founded by Fred Rogers in 1971 as the non-profit producer of Mister Rogers’ Neighborhood for PBS. In the years that followed, it not only created hundreds of episodes of this much-loved program, but also extended Fred’s values and approach to other efforts in promoting children’s social, emotional and behavioral health and supporting parents, caregivers, teachers and other professionals in their work with children. The Fred Rogers Company continues to build on Fred’s legacy in innovative ways through a wide variety of media, and engaging new generations of children and families with his timeless wisdom. The company’s highly rated, award-winning children’s series include Daniel Tiger’s Neighborhood, Peg + Cat and Odd Squad. For more information, visit www.fredrogers.org.

About WGBH
WGBH Boston is America’s preeminent public broadcaster and the largest producer of PBS content for TV and the Web, including Frontline, Nova, American Experience, Masterpiece, Antiques Roadshow, Arthur, Curious George and more than a dozen other primetime, lifestyle and children’s series. WGBH also is a major supplier of programming for public radio and oversees Public Radio International (PRI). As a leader in educational multimedia for the classroom, WGBH supplies content to PBS LearningMedia, a national broadband service for teachers and students. WGBH also is a pioneer in technologies and services that make media accessible to those with hearing or visual impairments. WGBH has been recognized with hundreds of honors. More info at www.wgbh.org.

About CPB
The Corporation for Public Broadcasting (CPB), a private, nonprofit corporation created by Congress in 1967, is the steward of the federal government’s investment in public broadcasting. It helps support the operations of more than 1,400 locally-owned and -operated public television and radio stations nationwide, and is the largest single source of funding for research, technology and program development for public radio, television and related online services. 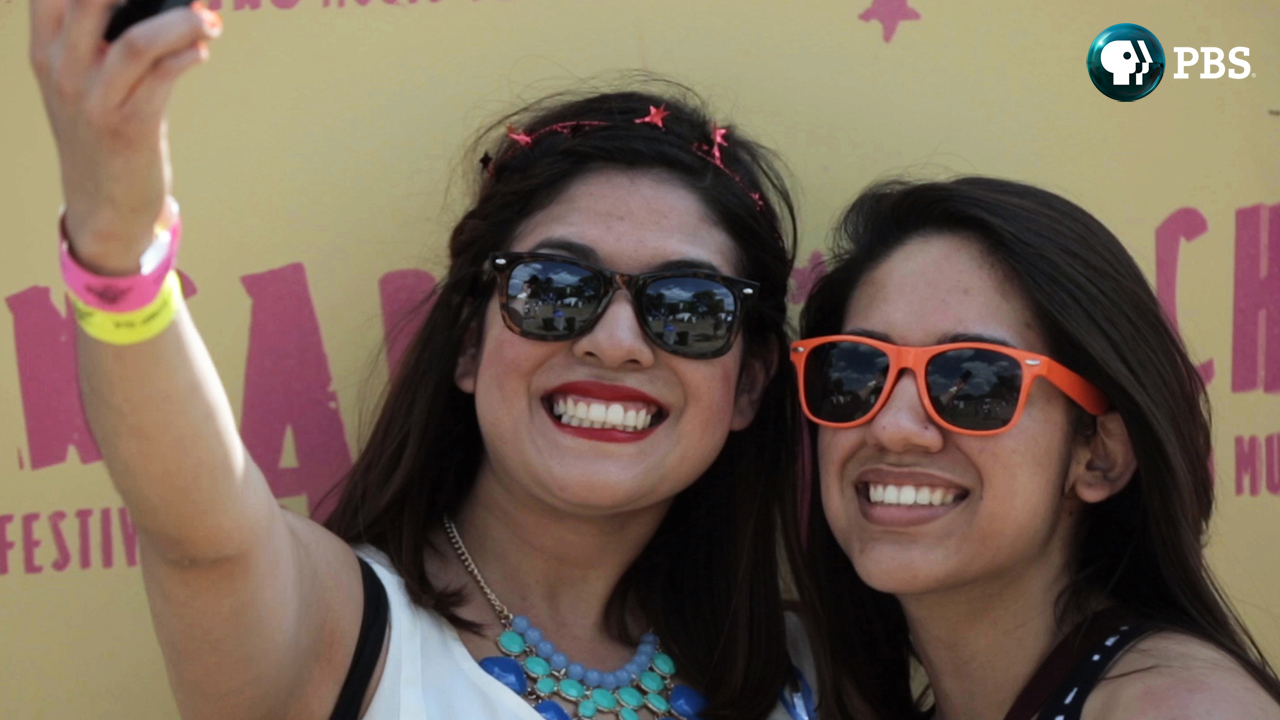 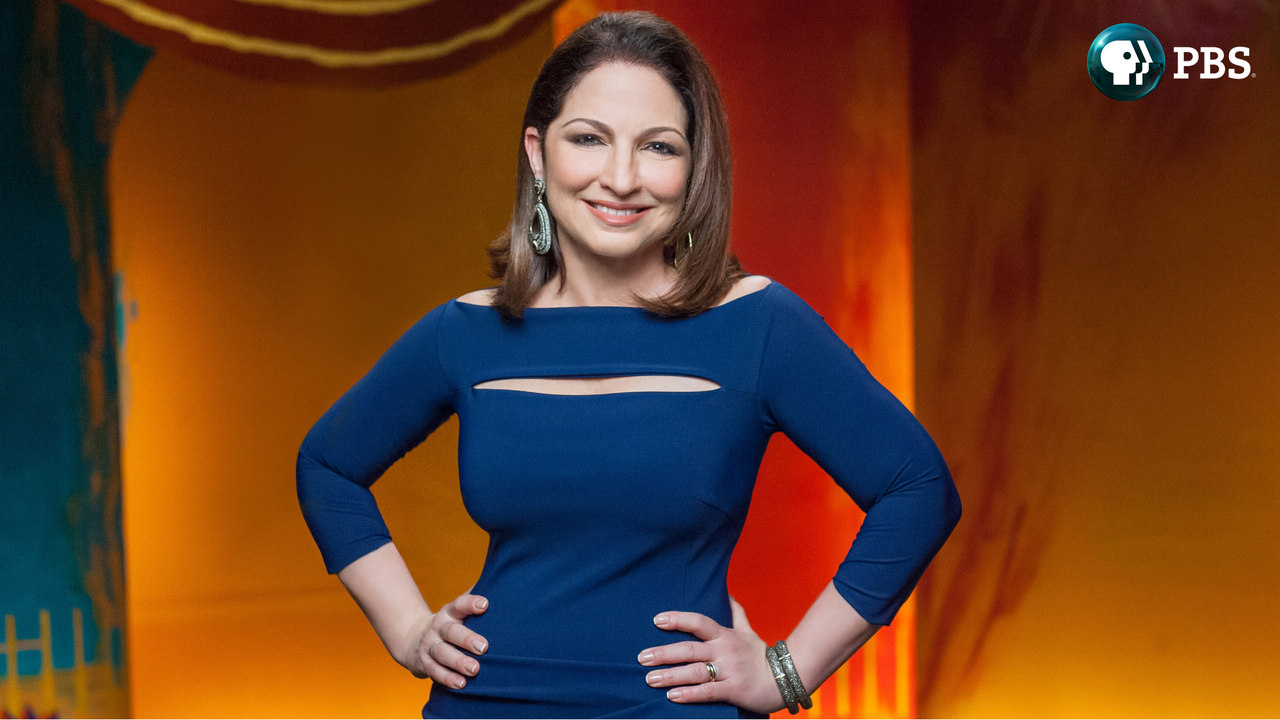