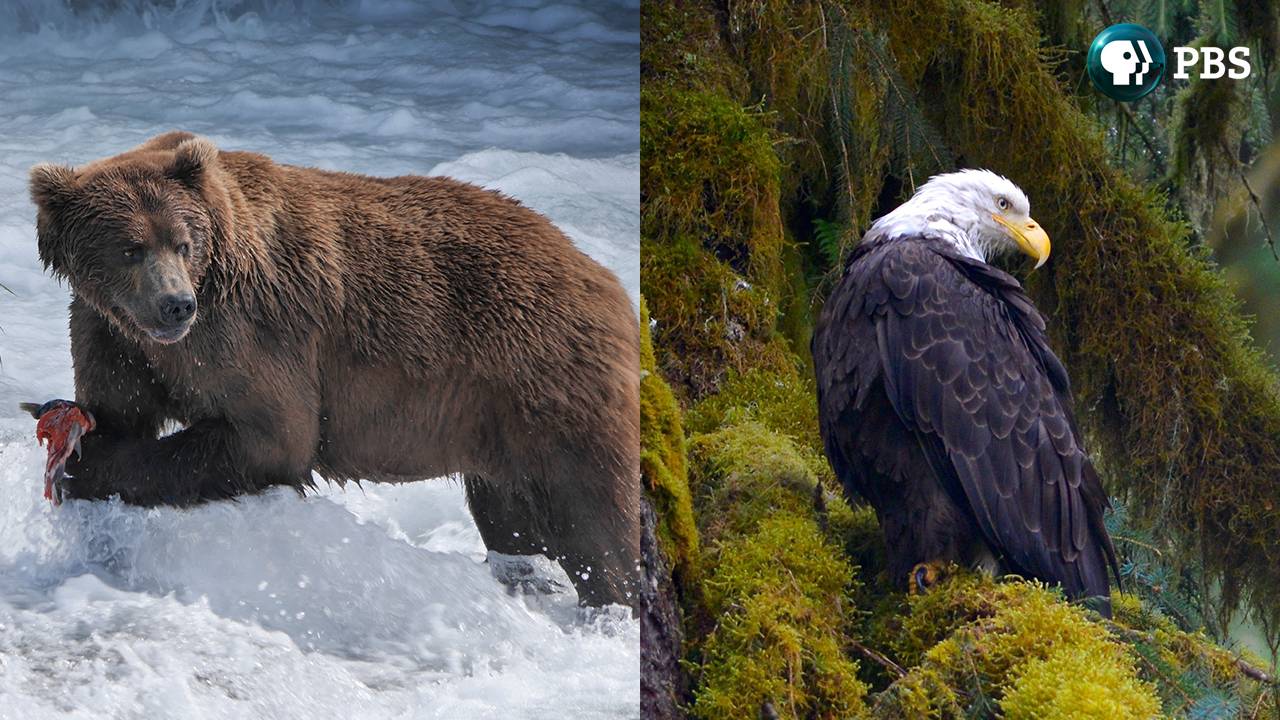 ARLINGTON, VA; July 17, 2017 -- PBS is announcing today more details about the production, and its online and social viewing options for WILD ALASKA LIVE. Teams for PBS and the BBC – including Emmy Award®-winning hosts Chris Kratt and Martin Kratt – make their way to Alaska this week for the live, three-night, multi-platform natural-history adventure that premieres July 23 at 8:00 PM ET, with new episodes on July 26 and 30 at 8:00 PM ET.  One of the final events in PBS’ “Summer of Adventure” lineup, WILD ALASKA LIVE turns the cameras on a must-see natural spectacle that plays out across the vast Alaskan wilderness, where some of the world’s most remarkable animals – bears, wolves, beavers, moose, orcas and eagles – gather by the thousands to take part in Alaska’s summer feast, an event never before captured live on television.

Over the course of its three nights, WILD ALASKA LIVE will visit several locations, including points near Juneau and the Tongass National Forest, where the team will look for black bears and bald eagles; the vast Kenai Fjords National Park, in search of orcas and humpback whales; and the wilderness of Katmai National Park, where brown bears and elusive wolves live and hunt. WILD ALASKA LIVE will also introduce viewers to local experts who explore the relationship between Alaska Natives and the animals among whom they co-exist.

“We’re using live TV technology to amplify the story of one of nature’s great spectacles as it happens,” said Bill Margol, Senior Director, Programming & Development, PBS. “This cycle of feast and famine here in Alaska has been going on for millennia, but this is the first time PBS viewers have had the chance to see it live as it happens.”

Episode 1 focuses on the vast and majestic landscape of America’s largest and most rugged state.  Chris and Martin Kratt anchor the night from the Tongass National Forest.  Correspondent Liz Bonnin reports from Katmai National Park, one of the most remote locations in the United States, surrounded by bears gathering to feast upon the converging schools of salmon. Steve Backshall checks in from Glacier Lake where he tracks the progress of the salmon migration.

Episode 2 continues the adventure with hosts stationed outside the capital city of Juneau on the Mendenhall Glacier. The Kratt Brothers track bald eagles in Tongass National Forest and get experts’ views on how the overall 2017 feast season is progressing.  Steve Backshall helicopters onto the mammoth Juneau Icefield where he tracks the wildlife that lives in, under and around it, and reports on its impressive summer melting patterns that set the entire feast into motion each year.  Liz Bonnin continues to explore bear behavior and looks for wolves.

Things wrap up in Episode 3, when the team documents changes happening across the state in just one week and find answers to the questions raised in earlier episodes. The salmon are expected to be in full-run mode, working hard to overcome large beaver dams as bears and wolves make rivers across the state into their own personal cafeterias. Mission wolf migration and health is featured. Liz Bonnin checks in for the last time with bears, tracing how they go from salmon fishing along the river banks to salmon feasting in the woods.

WILD ALASKA LIVE will encompass state-of-the-art filming technologies and live reports from the air, by boat, and from the rugged Alaskan terrain. In addition to the live portions of the programs, PBS and BBC crews, as well as the hosts and correspondents, have created short taped features in the past few weeks that are designed to enhance each live broadcast by telling the bigger stories of each unique species.

The Kratt Brothers are long-time PBS KIDS icons who are creators, executive producers and stars of the current hit series WILD KRATTS. They are joined on air by BBC correspondents Liz Bonnin and Steve Backshall, both of whom presented on the first PBS/BBC live collaboration, BIG BLUE LIVE in 2015.  A team of correspondents, scientists and wildlife experts will provide insights and perspectives on what viewers will see during the broadcasts. BBC’s version of the show airs several hours earlier on the same dates, giving UK viewers a sneak peek at the wildlife stories and breathtaking scenery PBS viewers in the US will see that evening.

All three broadcast episodes will live-stream simultaneously on www.pbs.org.

On PBS digital platforms and social media, viewers can explore the Alaskan wilderness as events take place during the week, on-air and off. With stunning images, and through video and interactive content on pbs.org/wildalaskalive, audiences can dive deeper into the region’s wildlife, the people, and the places that the show will feature.  On Facebook, Instagram and Twitter, viewers will get behind-the-scenes looks at the show’s massive production each broadcast night.  On the website and social platforms, viewers will be encouraged to engage with the show.  Their responses will be integrated into the live broadcasts.

Underscoring its family viewing appeal, WILD ALASKA LIVE will be simulcast on the new PBS KIDS 24/7 channel and live stream, which is provided by member stations across the country on TV and on digital streaming platforms. The program’s three parts are immediately preceded on PBS KIDS 24/7 by WILD KRATTS one-hour specials. WILD KRATTS: Creatures of the Deep Sea airs July 23, and the all-new WILD KRATTS Alaska: Hero’s Journey on July 26 and 30 (check local listings).

In addition to the live program, PBS Education will share the WILD ALASKA LIVE experience with educators, children and parents across the nation on a variety of platforms, through the unique perspective of teachers who live and work in Alaska.

WILD ALASKA LIVE is part of a co-production deal among PBS, BBC and BBC Worldwide North America. The partnership provides a pipeline of the high-quality, entertaining factual programs that PBS and BBC audiences have come to expect.  Distributed by BBC Worldwide, it is executive produced by Roger Webb and series produced by Adam White for the BBC Studios’ Natural History Unit. Vice President of Programming and Development Bill Gardner and Sr. Director of Programming and Development Bill Margol oversee the project for PBS.

WILD ALASKA LIVE is part of PBS “Summer of Adventure,” taking viewers and their families on an adventure around the world this season. The current and upcoming lineup of history, science and natural history programming includes the five-part BIG PACIFIC, which reveals the Pacific Ocean’s most guarded secrets.  The three-part NATURE’S GREAT RACE explores the most astounding migrations on earth. Beginning July 18, RARE – CREATURES OF THE PHOTO ARK follows National Geographic photographer Joel Sartore as he documents the world’s species at risk of extinction and WEEKEND IN HAVANA gives viewers a one-hour walking tour through Cuba. On August 2, IRELAND’S WILD COAST takes viewers on a one-hour journey along the island’s rugged Atlantic coast. “Summer of Adventure” will also include the upcoming new PBS KIDS programming WILD KRATTS ALASKA: HERO’S JOURNEY (premiering Monday, July 24) and READY JET GO!: BACK TO BORTRON 7 (premiering August 14).  Previous “Summer of Adventure” programs included the six-part THE STORY OF CHINA, which explored China’s 4,000-year history and featured Michael Wood. GREAT YELLOWSTONE THAW showcased stories of wolves, grizzlies, beavers and Great Gray owls surviving one of the greatest seasonal changes on the planet.

About BBC
The BBC has an unrivalled global reputation for the factual content it produces across arts, history, documentaries and natural history, and broadcasts some 7,000 hours of high-quality, distinctive factual programs a year on television. The BBC is recognized as an industry leader in terms of innovation, consistently pushing the boundaries of its productions, delivered to our audience by the most engaging and inspirational experts.

For more information on this and other PBS programs, visit PBS PressRoom at pbs.org/pressroom.